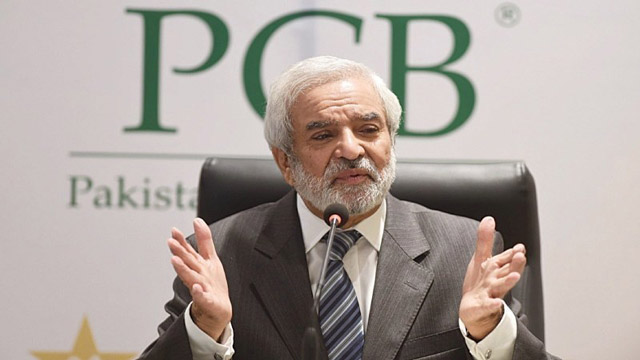 ISLAMABAD: Pakistan Cricket Board (PCB) Chairman Ehsan Mani met with Prime Minister Imran Khan on Monday for a one-on-one discussion, which he subsequently described as “a general catch up,” according to The News on Tuesday.

When queried about the meeting’s details, the PCB Chairman responded, “I am sorry, I cannot comment on private things.”

When asked for a response, a minister who is known for being close to the corridors of power replied that nothing could be spoken about the meeting since it was private.

“No one could say anything until and until we hear from one of the participants. Nothing has come out so far, therefore I can’t disclose what was discussed at this time,” the minister stated.

The meeting is thought to have been held to discuss, among other things, the PCB’s future formation, live coverage of international cricket events for Pakistani viewers, and the PCB’s recent contract with the PTV for inland coverage, which promises a hefty sum of $200 million over the next four years.

The PCB chairman’s future involvement with the PCB is of immediate concern.

Mani’s term as chairman of the PCB expires on September 4, and he has stated in interviews with The News that he would not seek a second term unless and until the prime minister, who is also the board’s patron, directs him. Mani’s discussion with Imran Khan is said to have been more about his future relationship with the board.

Mani is anticipated to be replaced around the conclusion of the next T20 World Cup, which will take place in October/November, most likely in the United Arab Emirates. Mani must have informed the patron of his availability to the PCB during and after the World Cup, which is likely to bring Pakistan a large sum of money in addition to other benefits as a participating nation.

No one knows more about the ICC’s finances earning and spending than Mani who also heads the ICC finance committee. The likes of former Test cricketer Rashid Latif have already tweeted that Mani has tendered his resignation, the claim that Mani had termed ‘Made up by Mr Latif” in a message to The News.

When it comes to determining the association of Mani with the PCB, it entirely depends on the patron’s decision that possibly would not come but closer to the start of September.

It is also believed the matters relating to the PCB’s marketing, finance departments with recent contracts with the PTV and others also came under discussion. Different available options to ensure the live coverage of coming international series for the Pakistani viewers were also discussed.

Different available options to ensure the live coverage of coming international series for the Pakistani viewers were also discussed.