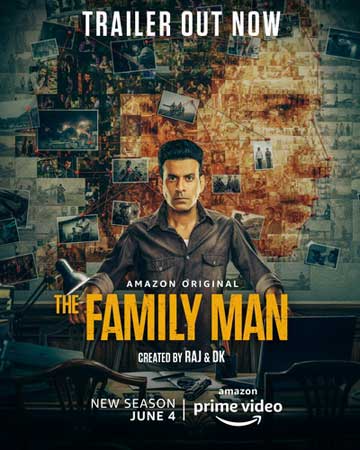 There is no end to celebrations for the team of The Family Man 2. The Raj and DK show has now featured on Most Popular TV Shows in the world on the enviable fourth position. Loki, Sweet Tooth and Mare of Easttown are the three shows preceding the Amazon Prime Video release. Manoj reshared a screenshot of the list on Instagram handle. The show’s first season has ranked on the list. The critically acclaimed second season of the show landed earlier this month. The song is ahead of Friends, Game of Thrones, WandaVision and Breaking Bad on the list. IMDb decides its rankings based on user votes. The global rankings keep on changing from time to time. No other Indian TV show appears on the top 100 list. Speaking to indianexpress.com, Raj and DK had spoken about season 3 of Family Man and where it is heading. “The story was always there. Not that particular scene but the idea of where the show is heading was always there even as we wrote season two,” the directors said.