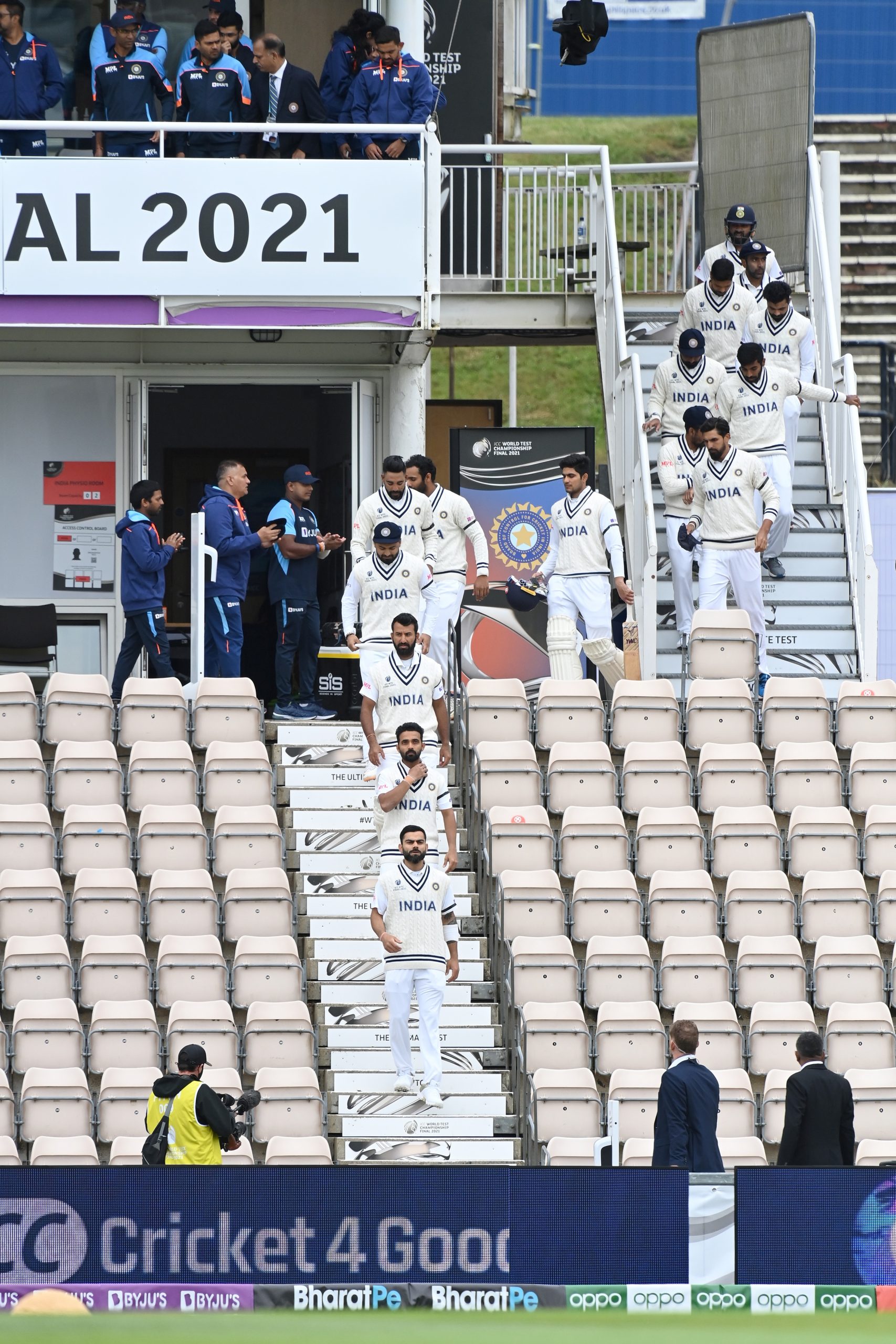 New Zealand captain Kane Williamson won the toss and elected to field against India in the inaugural World Test Championship final at Southampton on Saturday.

After rain meant Friday’s opening day was washed out without a ball bowled, the sky remained overcast with the Hampshire Bowl’s floodlights already on — conditions that promised to favour New Zealand’s impressive seam attack.

New Zealand made four changes to the side that beat England by eight wickets at Edgbaston last week to complete a 1-0 win in a two-Test series. Star batsman Williamson was passed fit after missing that match to rest a longstanding elbow injury, with Will Young dropping out of the XI. And veteran wicketkeeper BJ Watling, for whom this will be his last match before retirement, returned after missing the Edgbaston match with a sore back.

New Zealand opted against deploying a specialist spinner, with Ajaz Patel dropping out of the team and towering quick Kyle Jamieson coming back into the side. Matt Henry, despite his six-wicket match haul at Edsgbaston, was left out with spearhead quick Tim Southee recalled after being rested. Meanwhile, Colin de Grandhomme returned in place of fellow all-rounder Daryl Mitchell.

India stuck by the side they announced on Thursday, with pacemen Jasprit Bumrah, Ishant Sharma, Mohammed Shami and spinners Ravichandran Ashwin and Ravindra Jadeja all included in the same Test XI for the first time.

While a standard men’s Test lasts a maximum of five days, this fixture can be extended into a sixth day should match referee Chris Broad decide that is the only way to make up time lost earlier in the game to bad weather. But the former England opening batsman won’t make such a decision unless and until the final stretches into a fifth day. This fixture, the culmination of two years of series between the leading Test nations that ended with New Zealand qualifying ahead of India, is worth $1.6 million to the winners and $800,000 to the runners-up.