Both the budget and budget session are illegal, says Bilawal Bhutto 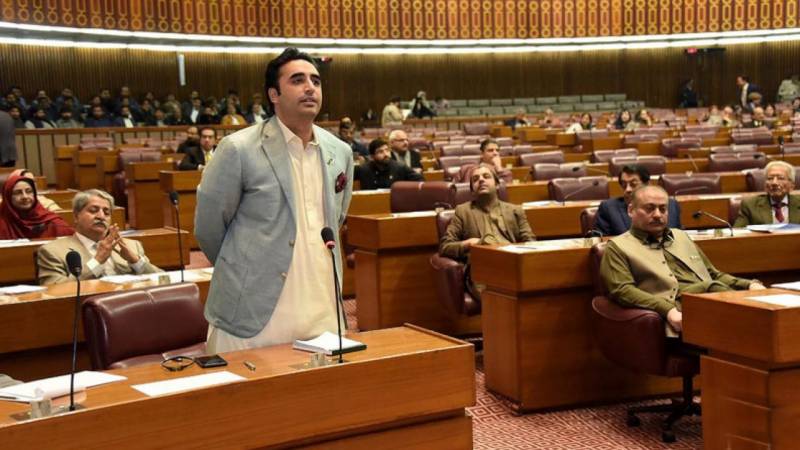 Chairman Pakistan People’s Party Bilawal Bhutto Zardari said that both this budget and the budget session are illegal.

Speaking in the National Assembly, the Chairman said that a person who cannot buy mother’s medicine by paying wages also knows that the claim of 4% growth is false.

Chairman PPP said that no new NFC award has been given till date; every budget will be unconstitutional till the NFC award is given.

He said that Khursheed Shah, Khawaja Asif and Ali Wazir were not being brought in and that the people of their area were not participating in the budget, they were not represented although every member of the Assembly has the right to attend the budget session.

Bilawal warned against using the word “Madinah” for the illegitimate government saying that the people know that the 4 percent growth rate is a scam.