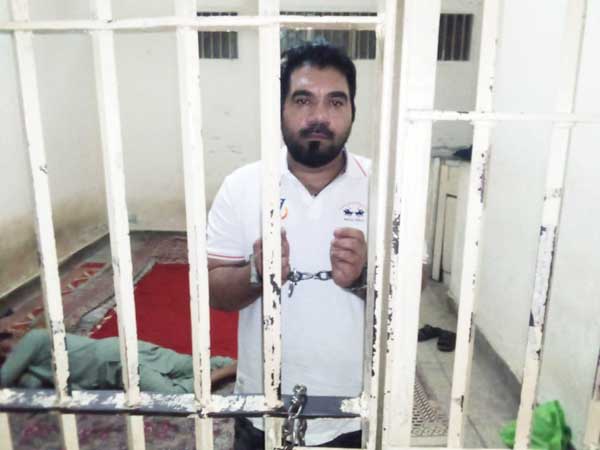 Snippets from Ali’s YouTube pranks started doing rounds on Twitter after user Sadaf Alvi tweeted parts from his videos in which he’s seen cornering women on roads, forcing them to take a dupatta. The videos, titled ‘Dopatta Lo Prank’, have close to a million views on his YouTube.

“This man has been harassing Pakistani women on roads and public places, for not wearing a headscarf. He has been doing it for months and then he posts their videos on the internet without their knowledge or consent,” Tweeted Alvi.

“Is this not a crime? Who will identify him and arrest him and protect Pakistani women?” she further questioned, tagging Amna Baig, a Sub Divisional Police Officer in Islamabad for help.

CPO Gujranwala took to Twitter early on Thursday to confirm Ali’s arrest, tweeting out a picture of him behind bars.