Make no mistake, democracy is under attack: Sherry Rehman 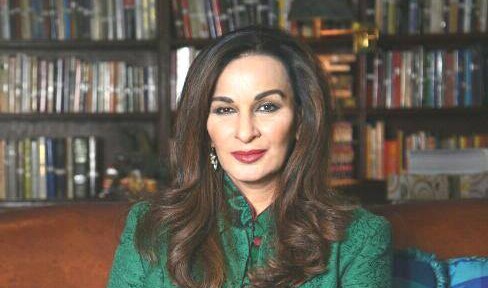 Speaking at the All Pakistan Lawyers Representative Convention ”Assault on Judiciary & Media” at Asma Jehangir Auditorium, PPP Parliamentary Leader in the Senate, Senator Sherry Rehman said, “The International Federation of Journalists has ranked Pakistan as the fifth most dangerous place for journalists and at least 148 cases of attacks and violations against media professionals have been reported from May 2020 to April 2021. We are in the midst of a storm, like many other countries are where there’s dictatorship. Sadly, the media and journalists are always the first and last targets of authoritarianism”.

“While both politicians & the judiciary enjoy a certain level of institutional protection, it is the journalists who are abandoned by their organizations in an instant. Some days the situation is so grim that it does not even seem that we are back to square one, it seems like we are back to minus square one,” she added.

Rehman said, “We are open to criticism as it is a part of democracy. We are answerable and accountable to you all but I will not apologize for politics. It is the path to democracy as political parties are an important pillar of democracy. The sacrifices and injustices suffered by our leaders are etched upon our hearts”.

“Parliament’s effectiveness and dignity is supposed to be supported by governments. But we saw the opposite, with government ministers behaving like angry street children.
Just like journalists pursue the truth, governments run the parliament. Let’s not forget that political parties and parliament are important pillars and tools of our politics. Back then black laws were brought by military dictators but now there is a different kind of censorship,” she added.

Rehman said, “We removed these laws but now they are being brought in again through the back door to legitimize and sanction the censorship of media and journalists. Ask anyone who is marginalized what it is like to get your rights. They will tell you that you have to fight for them every day. Rights are given and then taken back. This is also the case with Pakistan; we have to fight a daily battle to get our rights”.

“Parliament is under attack in unprecedented ways. Make no mistake, so is democracy. Telling the truth to power has always been a challenge but today it is under threat in dangerous ways. Our path is to hold the line against assaults on rights, on the constitution, and on the right to speak,” concluded Vice President PPP Senator Sherry Rehman.