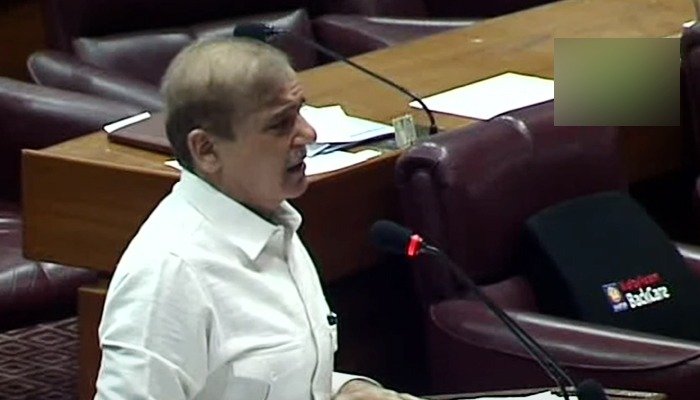 ISLAMABAD: Leader of Opposition Shehbaz Sharif on Monday called for reviewing the budget proposals about taxes and duties in order to ensure maximum relief to the masses.

He specifically pointed out to rationalize the tax proposals to spur the economy by promoting sugar industry, fertilizer and LNG sectors.

The opposition leader, in his speech at the National Assembly, dealt with major national issues with special focus on budgetary proposals.

Shehbaz said abolishing taxes on liquefied natural gas (LNG) and other energy sources would help generate cheap electricity to ensure direct relief to the people and providing substantial support to the industry.

Highlighting the issues of the farming community, he said there was a need to provide fertilizers and pesticides at subsidized rates, and added that waiving off sales tax on machinery would help provide opportunities for affiliated sectors to modernize their tools and import new machinery.

He, however, claimed that the proposal regarding new taxes should be reviewed and that sugar, wheat and flour prices had not decreased despite bumper crops.

Shehbaz Sharif also called for expediting the pace of work on the China Pakistan Economic Corridor (CPEC), besides reviving construction on its Western route, and initiating railways related projects.

He also demanded 20 per cent increase in the salaries and pensions of government employees to provide relief to them. Shehbaz said it was the right time to keep political differences aside and work jointly for the welfare of the people for being public representatives in the august House.

He said the parliamentary sessions cost millions of rupees daily, and “we were here to address the issues of farmers, traders, students and others”.

He offered the opposition’s unconditional support to the government to cope with the COVID-19 pandemic.