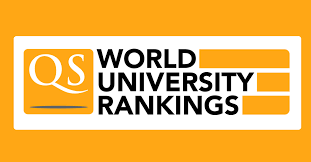 What makes a university great? It is the quality of education and research, and not brick and mortar! What counts is the total number and percentage of faculty with a PhD degree, total number of journal research publications and publication per faculty, international eminence of the faculty, which includes winning of recognized global awards, quality of education, including the number of globally accredited programs, number of applicants and the acceptance ratio, supporting infrastructure including scientific equipment, library resources and computer connectivity, and the profile of the board among others.

The country-wide breakdown is as follows: UAE, Iran, and Egypt each have two universities ranked, while Saudi Arabia, Lebanon, Jordan, Qatar, Pakistan and Turkey each have one university ranked.

On the other hand, in the QS 2021 Rankings, 15 universities from West Asia are included in the top 500 universities of the world. The top three universities among this ranking are King Abdulaziz University (143) and King Fahd University of Petroleum & Minerals (186), both from the UAE and Saudi Arabia Khalifa University (221).

Many of the good universities in Pakistan either do not participate in the rankings, or provide incomplete data, or miss the deadline. Some of the best-known universities in Pakistan include LUMS (Lahore), Aga Khan University (Karachi) and the Ghulam Ishaq Khan (GIK) Institute of Engineering Sciences & Technology (Topi) with a few others following closely behind.

The Higher Education Commission (HEC) Pakistan also ranks Pakistani universities every year using its own criteria. The HEC ranking is available at https://hec.gov.pk/english/services/universities/Ranking/2010/Pages/Category-Wise-Rankings.aspx .

With new emerging programs and technologies, including Artificial Intelligence, Robotics, Cyber Security, etc. and major advances taking place in traditional disciplines like Biotechnology, Material Sciences, Space Sciences, Energy, etc. it is becoming extremely competitive to be among the best, unless state-of-the-art scientific equipment and trained faculty are available. Universities in the developed world, and those with a higher GDP, tend to attract the best faculty leading to a continuous and significant brain drain from the developing countries, putting their universities at a disadvantage. Universities in the developing world will only be able to compete if adequate financial resources and incentives are made available to the higher education sector, and the brain drain reversed, failing which they will lose the gains they have made in the last decade. This is a challenge that the leadership in developing countries need to understand and tackle.

Brain drain also occurs when talented students move abroad for higher studies when enough research opportunities are not available in their own countries. This is yet another reason that developing countries need to invest more in the R & D sector (research and development) of their universities so that the best students acquiring top positions should be encouraged to say back, acquire higher education and do research within the country, which also add to the economy, as foreign exchange is saved. The students should be provided with an adequate platform to display their talents and ideas. Only when universities from other countries are able to provide better scholarships and learning opportunities will they easily get attracted to those universities.

Therefore, there is no other way that a country can prosper and progress without first improving the quality of its education and providing the students with good opportunities for research.

“The main hope of a nation lies in the proper education of its youth”.

But then it is not only about higher education. There are a lot of other factors as well in education, which starts from home grooming and primary education, as the first few years of a child’s life play a vital role in making the education canon of an individual. Education departments in developing countries should inculcate the positive points of the country into their own curriculum and learning.

Developing countries are facing a lot of other problems, including religious conflicts, terrorism etc. which affects their education, however, proper and sound training and strategies can bring universities in developing countries to the level of the top-ranking universities of the world. One should therefore be positive and strive to offer a better and secure future for our youth with improvements in the education sectors in Muslim countries.

Hope is the thing with feathers

That perches in the soul

And sings the tune without the words,

And never stops at all.

The writers are Dr. Sidra Tariq Jamil who is a Communications Expert at ICESCO, Morocco and Dr. Javaid Laghari, the former Chairperson HEC, Pakistan.