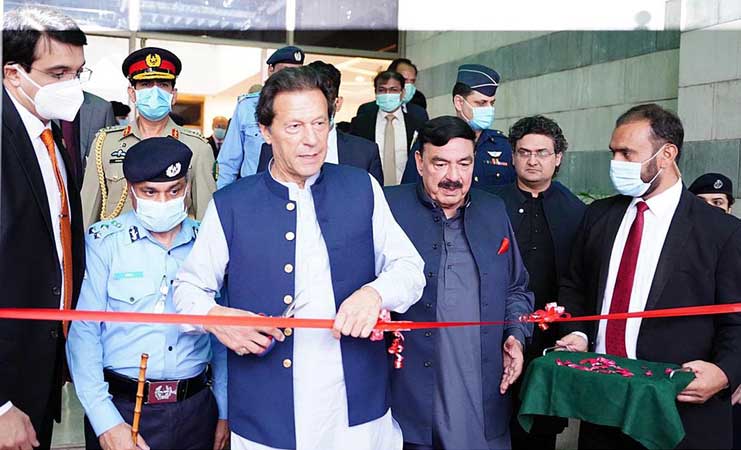 Prime Minister Imran Khan Wednesday said an effective policing system is inevitable for the country’s prosperity as peace and rule of law are prerequisite for wealth creation and attracting investment.

“The police is supposed to ensure law enforcement. The law enforcement does not mean to put only poor vendors in jail. You should rather be lenient to them but strict to the powerful law violators,” the prime minister said while addressing the inauguration of Eagle Squad with 100 well-quipped patrol bikes for strict vigilance against street crimes across the federal capital while being in constant connectivity with the Islamabad Safe City headquarters. “If someone violated law, the police must take action regardless of his position even if he is Imran Khan,” he said, adding that there are ‘no sacred cows in the country’ and the police should not be afraid to take action against even him or any other minister.

The prime minister said he wanted the establishment of the rule of law in the country, as ‘might is right is the law of the jungle’. “A human society is defined by the rule of law,” he said. “We are not progressing […] In the past, when a Pakistani president went to the US, his counterpart received him, when he went to UK, the queen gave him a reception, and we haven’t been able to reach that point again as we have not taken action against the powerful people,” he said.

The prime minister lamented that Pakistan couldn’t progress for the past years because of dual laws – one for the poor and one for the rich. He also called upon the police department to adopt latest technology to upgrade their workflows and make the most of it. He said a country generated more revenue when its law and order was stable and the investment milieu remained safe in its wake. “The capital is home to foreign embassies and missions, and when the environment is safe and secure, it has a big effect on visitors, and this leads to prosperity in the country,” he said.