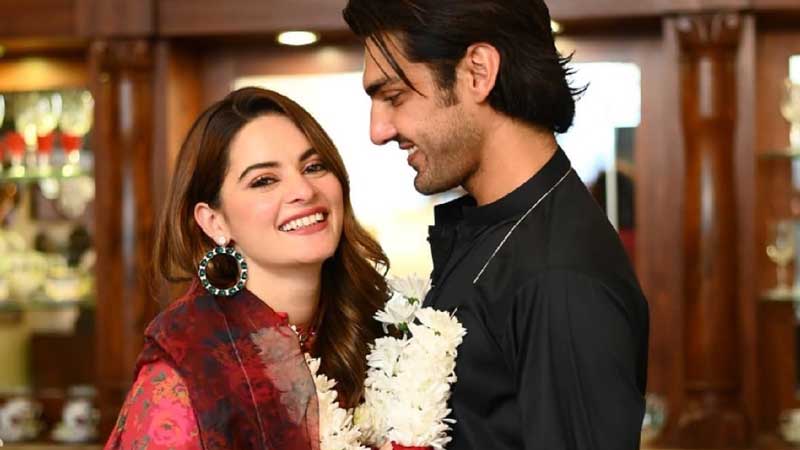 Actress Aiman Khan has wished ‘heartiest’ congratulations to her sister Minal Khan and her Mohsin Ikram over their engagement. Taking to Instagram, Aiman Khan shared a beautiful scene of the engagement ceremony of her sister, with a caption, “Fairy tale engagement. love you both so much,”. She wrote: ” Heartiest congratulations to my sister and brother @ahsanmohsinikramofficial,”. According to the reports, the actress missed her late father Mubeen Khan during the ceremony. She also said: “We missed you so much baba, life is not same without you”. Minal Khan and Ahsan Mohsin Ikran got engaged on Friday. Minal Khan also remained top trend on Twitter the whole day and the actress received huge response and congratulations messages from her thousands of fans on social media.