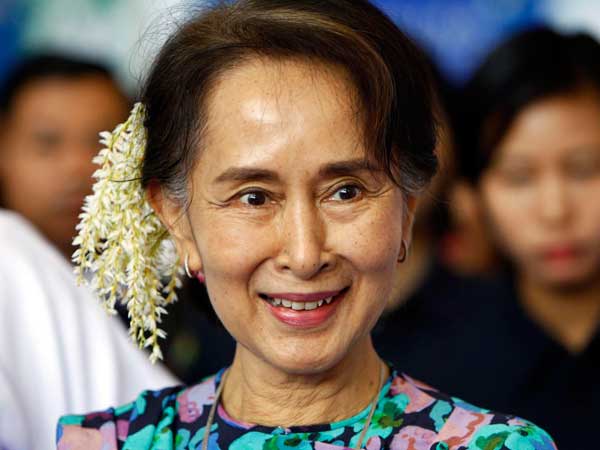 Deposed Myanmar leader Aung San Suu Kyi went on trial for sedition in a junta court Tuesday, more than four months after her government was ousted in a coup that has thrown her country into turmoil.

Huge pro-democracy protests against the generals’ February putsch have been met with a brutal crackdown that a monitoring group says has killed more than 850 people.

Suu Kyi “appeared in good health” at the hearing in the capital Naypyidaw as a witness produced by the junta testified against her on colonial-era sedition charges, her lawyer Min Min Soe told AFP.

“She has good resistance… She listens normally… At some points (during the testimony against her), she smiled.”

The court also heard testimony on a separate charge Suu Kyi broke coronavirus restrictions during last year’s elections that her National League for Democracy party won in a landslide. If convicted on all counts, the Nobel laureate and democracy icon, 75, could be jailed for more than a decade. Journalists were barred from proceedings in the sparse courtroom in the capital built by the previous junta, with only one judge and two clerks present along with a witness and defence and prosecution lawyers.

There was a heavy police presence around the compound, an AFP reporter said. Under house arrest and invisible bar a handful of court appearances, Suu Kyi has been hit with an eclectic raft of charges, including accepting illegal payments of gold and violating a colonial-era secrecy law. “Whenever we see her, Amay is always strong with her confidence,” Min Min Soe said, using an honorific. “She’s always smart.” Former president Win Myint and Dr Myo Aung, a senior NLD leader, are also on trial for sedition and appeared beside Suu Kyi on Tuesday.

Proceedings will resume next week, Min Mon Soe told AFP. Suu Kyi also faces a separate charge of violating a colonial-era secrecy law — a case that is pending in a court in the commercial hub Yangon.