ISLAMABAD: PMLN Secretary Information Marriyum Aurangzeb has lashed out against Imran Khan for shamelessly abusing state institutions against Shehbaz Sharif to vent his desperation and frustration over his failure to deceive the nation with a fraud budget 2021-22.
In a statement, Marriyum said the FIA must have mistakenly sent the letter to Shehbaz Sharif because in essence it must have been sent to Imran Khan. She said it was Imran who signed all decisions regarding the export of sugar against the advice of the relevant authority, that led to shortage and escalation of prices.
It was Imran who signed the permission for the import of sugar that led to billions worth of corruption and who caused the shortage to benefit his ATMs and loot Rs 450 billion from the nation’s pockets, she reminded.
Imran allowed the price of sugar to skyrocket from RS 52 per kilogram to Rs 120. With all this on the record issuance of a notice to Shehbaz Sharif is an open proof of Imran abusing his power to save himself and victimize his political opponents, she said.
“Imran is basically a spineless, insecure coward who has no guts or grounds to confront or respond to the truth about his failed budget  being exposed by Shehbaz Sharif. He doesn’t even posess the guts to come to the parliament in the presence of PMLN President Shehbaz Sharif. This is why, like always, he is hiding behind state institutions and abusing them to persecute Shehbaz. The real reason for this FIA notice against Shehbaz is that Imran could not even stand two sentences by Shehbaz Sharif and became so angry that he took his desperation out through the FIA notice”, the former Information Minister said.
She told Imran to stop this spectacle. The notice sent has already been exposed in NAB and rejected in Lahore High Court. If anyone should be sent a notice over the sugar theft and corruption scandal it is the proven corrupt, incompetent, unqualified and incapacitated Imran Khan, she concluded. 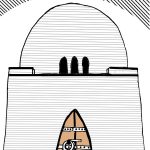