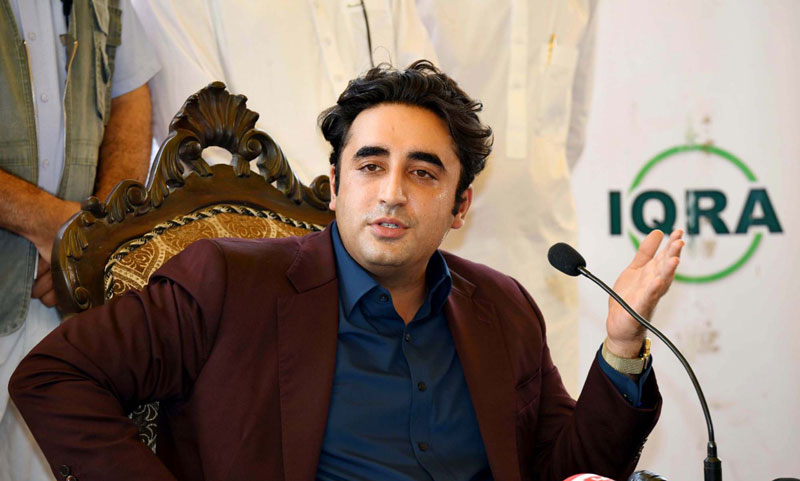 KARACHI: Pakistan Peoples Party (PPP) Chairman Bilawal Bhutto Zardari called out the PTI government for presenting an anti-people budget. Chairman PPP also rejected the budget terming it as a method of economic murder that will lead the country to the point of no return.

In a statement issued from the Media Cell Bilawal House, the Chairman Pakistan Peoples Party Bilawal Bhutto Zardari stated, “It is evident IMF employees prepared the budget and then gave it to Imran Khan. Yet, the PM went ahead and presented it without any consideration, nor did he pay heed to the plight of the poor.”

Highlighting the high amount of indirect taxes imposed, Chairman PPP said, “An increase of Rs 20 per liter on petrol and Rs 7 per kg on sugar is occurring. Gas and petrol prices will also go up when companies give 17% sales tax on crude oil and LNG.”

Bilawal warned the nation that indirect taxes worth billions of rupees imposed on every commodity used by common people would soon expose the country to a new tsunami of inflation.
“People started shopping online to avoid coronavirus, but Imran Khan imposed sales tax on online shopping as well. So where will the common man go now?” questioned Chairman PPP.

Declaring the correct government inefficient and an enemy to Pakistan’s progress, Chairman Bilawal Bhutto Zardari said it was a tragedy that overseas Pakistanis were sending more in remittances than the exports of the country.