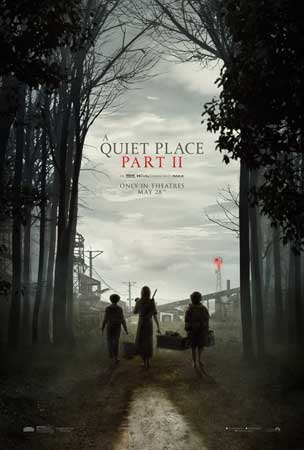 In The Heights, Warner Bros’ adaptation of stage musical of the same name, has fallen short of box office expectations. It is projected to open with 13 million dollars domestically in North America. This is despite extremely positive critical reviews the film has received. The film, directed by Crazy Rich Asians helmer John M Chu, has an enviable score of 96 percent on Rotten Tomatoes. The critical consensus reads, “Lights up for In the Heights, a joyous celebration of heritage and community fuelled by dazzling direction and singalong songs.” In the Heights stars Anthony Ramos in the lead role. Quiara Alegría Hudes has penned the screenplay. Actor and singer Lin-Manuel Miranda is among the producers. He also plays a role in the movie. Corey Hawkins, Leslie Grace, Melissa Barrera, Olga Merediz, Daphne Rubin-Vega, Gregory Diaz IV, and Jimmy Smits play supporting roles. Meanwhile, John Krasinski’s horror sequel A Quiet Place Part II is all set to be the first film to be released in the pandemic to cross the $100 million mark.