Gill says PTI to complete tenure, next polls to be held through voting machines

PM’s aide says Imran Khan has no camp office, lives in his own house, and pays utility bills 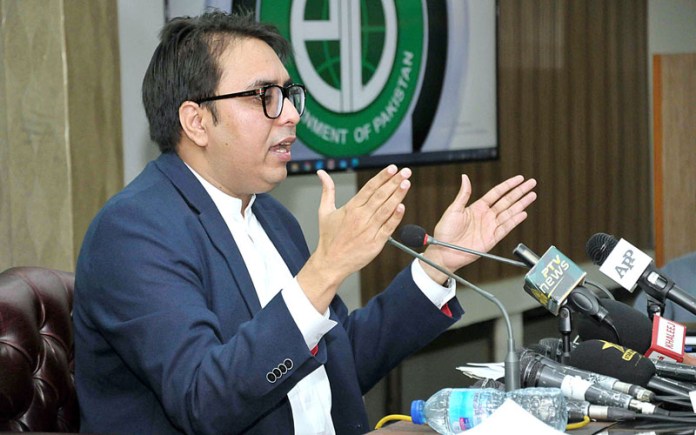 LAHORE: Special Assistant to Prime Minister on Political Communication Dr Shahbaz Gill has said that the next general elections will be conducted through electronic voting machines (EVMs), no matter the Pakistan Tehreek-e-Insaf (PTI) wins or loses the polls.

Talking to journalists on Sunday, he said that ‘everyone’ knows that how the PMLN used to win elections while it was in power. He said that the PMLN wanted to contest and win elections through ‘Gullu Butts’, but it would not happen now. He said that now PTI was ruling the country and Pakistan would change now under the able leadership of Prime Minister Imran Khan.

Shahbaz Gill said that there was a long list of countries where elections were being held through electronic machines. He said that Brazil conducted general elections through the electronic voting machines in 1996, Belgium in 1999, Australia in 1998, Italy in 2004, Spain in 2004, Argentine in 2003, etc.

The special assistant said that the prime minister, through the austerity measures, saved Rs 520 million in three years under the head of tea, biscuit and office expenses, while about Rs 570 million under the residence head as Imran Khan lives in his own house and also pays the utility bills.

He said that Asif Ali Zaradri, Yousaf Raza Gillani, Nawaz Sharif and Shehbaz Sharif ruthlessly misused the public money through setting up unnecessary camp offices and causing other expenses under various heads. He said that Imran Khan was so sincere with the country that he could not even think of misusing a single penny of the public money as he has no camp office.

He said that the government would save almost Rs 1.5 billion in five years through austerity measures and that money would be used for upgradation of 100 to 150 schools from primary to middle class. He said that in comparison to the foreign trips expenses of previous rulers of the PPP and PML-N, Prime Minister Imran Khan utilised minimum expenses on his foreign tours including that of Kabul on which $9,900 were spent.

He lashed out at Ahsan Iqbal of the PML-N, who was trying to create hurdle in the vote right for the overseas Pakistanis. He appreciated the efforts of Federal Information and Broadcasting Minister Chaudhry Fawad Hussain for paving the way for the use of EVMs and added that 600 EVMs would be ready in coming few months.

He said that reasonable increase had been witnessed in the production of crops including maize, sugarcane, rice and wheat whereas during the tenures of the PPP and the PML-N, the production of crops was facing downward trend. He said that the PTI government was determined to pay special attention to farmers around the year with the aim to ensuring development of the agriculture sector.

He said that due to efforts of the PTI government, the foreign reserves touched the mark of $23 billion, while the current account deficit had reduced to zero. He said that our income was more and expenses were less. The special assistant said that in the current federal budget, the poor segments of society were  given priority and Rs 260 billion had been set aside for Ehsaas programme, and added that all saved money would be utilised for the welfare of less privileged segments of society.

He said, “The poor people can be provided support when the government will reduce its expenses and increases its revenue.” To a question, he said that the PTI government would complete its constitutional tenure. To another query, he said that the government was thankful to Almighty Allah and it was due to love for Holy Prophet Muhammad (peace be upon him) that Pakistan faced less losses due to coronavirus pandemic, compared with other countries.