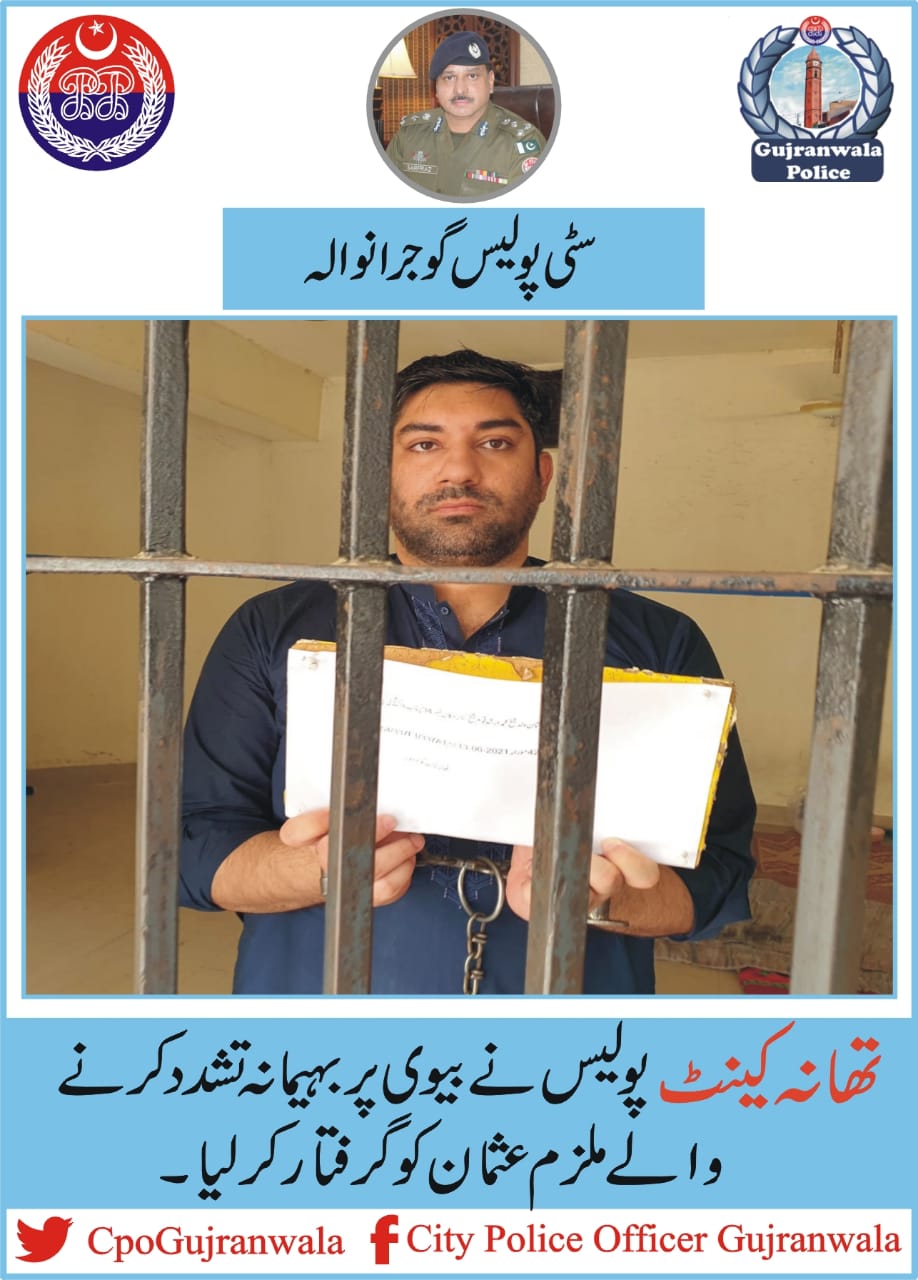 GUJRANWALA: The video showing a man brutally beating a woman is doing rounds online. Now it emerged that Usman Arshad, who featured in the video as a beater, has been arrested for torturing his wife in front of children.

Punjab Inspector General Inam Ghani ordered Gujranwala RPO Rao Abdul Karim to take action taking notice of viral footage. The police said the incident occurred on Friday and the police took a day to trace the suspect Usman Arshad. A case was registered on the complaint of the woman’s father.

It is learned Usman is a habitual tormentor. He has beaten his wife many times.

According to the Human Rights Commission of Pakistan, the most common forms of domestic abuse are shouting or yelling (76 per cent), slapping (52pc), threatening (49pc), pushing (47pc), punching (40pc) and kicking (40pc). According to a media report, “KP police data shows an increase in the number of domestic violence cases registered in 2019, especially in murder. In 2018, 180 women were murdered in their households — in 2019, the figure rose to 217. Thirty-six women reported physical abuse at home in 2019, three times more than in 2018.”