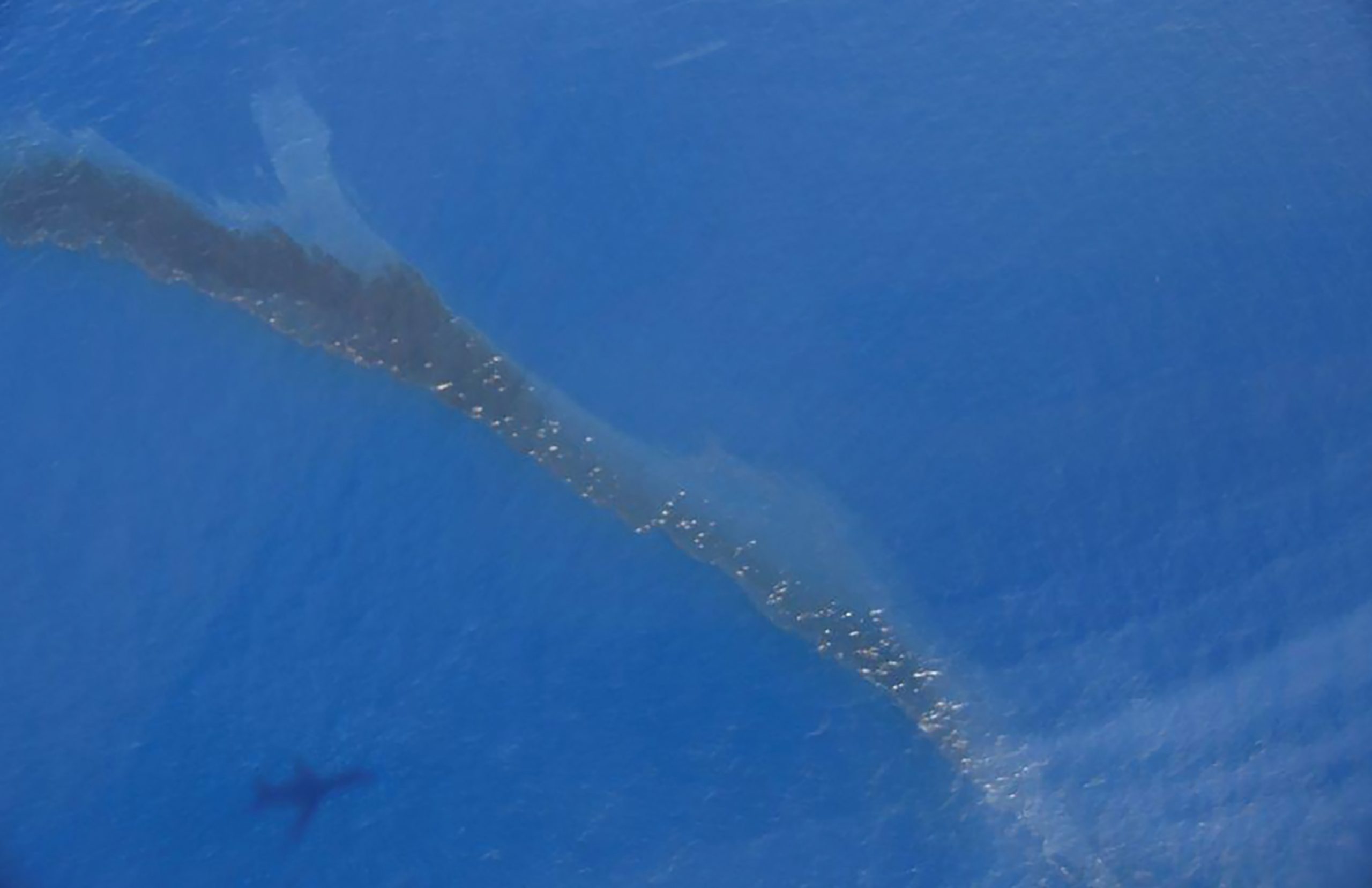 French officials were racing Saturday to minimise the environmental impact of an oil spill approaching eastern Corsica, with two navy boats armed with clean-up equipment heading to the Mediterranean island.

“We fear that part of this pollution will reach the Corsican coast today,” maritime official Christine Ribbe told AFP. Two ship from the national navy, equipped with “anti-pollution material and specialised staff”, were heading to the Corsican coast from their base in Toulon, southern France. Some 80 members of the security forces and rescue services are also being drafted in to aid with the clean-up if the oil reaches the coast, local authorities said. The heavy-grade oil, which appears to have leaked from a ship, was first detected around midday on Friday during a surveillance operation by the local airbase.

By early Saturday, officials had detected two oil slicks measuring some 19 nautical miles (35 kilometres) across. “Surveillance by plane and helicopter mid-morning Saturday allowed us to locate several scattered slicks, some of which are approaching the coast,” Ribbe said. The heavy-grade oil is approaching Corsica’s Aleria coastline, a strip of sandy beaches. Local authorities urged residents to stay away from the beaches on Saturday, and banned fishing in the area. Prosecutor Dominique Laurens told AFP that France’s maritime gendarmerie had opened an investigation into the spill.