Freedom of speech and unknown assailants 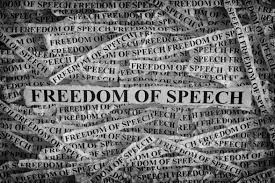 Pakistan became a place where it is common to attack journalists to suppress their voice. Last couple of months proved that Pakistan is  a dangerous country for journalists. In Pakistan journalists have continued to face cruel attacks especially over the past few years. State is reluctant to protect the fundamental right of freedom of expression of their people. Journalists have to confront different difficulties in the line of their jobs. As a Pakistani citizen we all want to ask from the state for how long journalists will have to face these cowardly attacks. In Pakistan to practice the right of freedom of expression freely became a challenge. Why Pakistani government not keep an eye on the difficulties faced by the journalists? Over the past few years this issue is turning out to be the worst problem of our society. Pakistan Media  still fight for their legitimate right to work independently and without pressure. Why do media outlets have to face pressure from high power quarters and the government to prohibit them from debate on political and corruption cases across the military and civil government?. It has been observed in the past that the journalists who showed some courage and tried to work without pressure, faced torture and even they were killed. In Pakistan safety of journalist remains a matter of huge concern. A democratic society guarantees every citizen right to speech and express. The problem is getting worse by the day because our government did not make serious efforts to bring out these culprits to justice. Freedom of media is going to the verge of collapse by the day because the incidents of humiliation of journalists is escalating.

The most recent attack on the journalist and activist Asad Ali Toor should be ample to shake the democratic society into action. It is alarming that these kinds of incidents took place in capital city Islamabad which is considered to have the most safe city. Asad Ali Toor was attacked by unknown assailants inside his appartment. This incident took place in night when four assailants broke into his apartment and beat him. Before this incident, Asad Ali Toor told in his Vlog that he received threats but he vowed to continue his work despite all odds. Asad Toor wanted to be a voice of voiceless, he always raised his voice against the abduction, torture and the killing of journalists. The assailants may not know that these kind of cowardly attacks on journalists will never allow them to speak and write what they wanted from them.

Not long ago, the attack on veteran Pakistani journalist and also a former chairman of Pakistan Electronic Media Regulatory Authority named Absar Alam was also shot and injured by unknown assailants when he was walking late evening near his residence in Islamabad. This cowardly attack exposed the unknown assailants that they were being afraid of the voice of journalists. A few months ago, journalist Matiullah Jan also got abducted in the daylight from the capital city but he was released some days later, although the government did not seem serious in these cases. As violence against journalists has been rising sharply in recent months, journalists unions demand real answers and real investigations into these attacks.

Government usually condemns the attacks and assures the nation that the government will go to any length to apprehend the culprits but unfortunately it has failed in doing so and culprits are still at large. It is extremely important for the government to have a look into the difficulties faced by journalists.

Has the government fulfilled its responsibility by just giving condemnation statements on these cruel attacks?. Why is the state not capable of putting an end to the menace of attacks on journalists?. In Pakistan, the list of the journalists is long who were subjected to terror and threats. The journalists were shaken by the series of grisly attacks.

The assassination attempt on Geo news Influential talk show Host Hamid springs to mind who was shot and wounded by unknown gunmen in Karachi a few years ago but the culprits were not brought to justice and still and large. There are various names of journalists who faced threats, torture and detentions. Umar Cheema who is a well known investigative journalist of The News, was abducted in 2010 by unknown people who stripped, beaten and tortured him. In keeping with Pakistan’s record of near perfect impunity in the cases of hundreds of journalists threatened, abducted and killed. But Cheema’s courage has rallied his colleagues across the country. And who can forget Saleem Shahzad who was also abducted and killed brutally. In almost all cases culprits remain at large.

During 2018 to 2020 Freedom Network reports that seven journalists and one blogger were killed and six abducted. Pakistan stands at the 145 position among 179 countries in the World Press Freedom Index however last year Pakistan was at 142 number. It shows that the situation is deteriorating with every passing day. But that kind of attack on journalists will never bring their courage down. Government made promises to end these kinds of incidents but it did not take any serious steps that would end the menace of attacks. The problem of persecuting journalists is a serious one which has not received the adequate attention of concerned authorities so far. Whenever that kind of incident happens, everyone raises their voice and demands the government to apprehend the culprits and the government ensures people that it will not let up the culprits but the issue fizzles out after the initial conversation goes quiet. It is becoming a daunting problem so the government needs to solve this issue deftly. Everyone should come up, and be the voice of those whose voice is suppressed and subdued by undemocratic forces. However, social media activists are also facing abduction and threats. It is the responsibility of the government to strictly enforce the laws and steps taken to prevent these attacks. We should hope and pray that this time in Asad Toor’s case the government will hold the culprits accountable unlike the previous ones. Therefore, the attacks on the freedom of expression will not be acceptable. We should fight for the right of freedom of expression till our last breath.