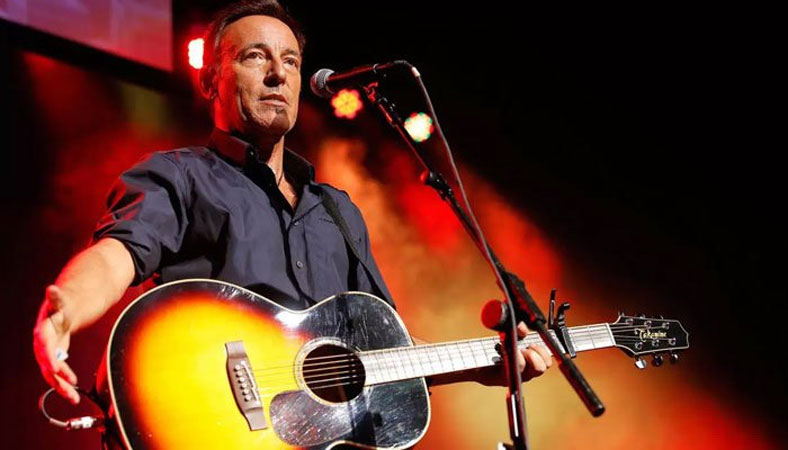 US rocker Bruce Springsteen announced Monday that his eponymous hit Broadway show will reopen in June, making him the first megastar to perform for an indoor audience at a major venue since the city began reopening. “Springsteen on Broadway” will admit only vaccinated audience members, the production said in a statement, with proof of full inoculation required. The 71-year-old New Jersey native put on 236 sold-out performances of the show between October 2017 and December 2018, sharing personal stories and performing acoustic songs to illustrate his life journey. Although able to sell out giant concert halls and pack stadiums “the Boss” has chosen St. James Theatre which accommodates only approximately 1,700, for his latest performance, which runs June 26 through September 4. Few theaters have opened on Broadway, with the first major productions expected to kick off in September at earliest. The musical “Hadestown,” opens its doors on September 2. “I loved doing ‘Springsteen on Broadway’ and I’m thrilled to have been asked to reprise the show as part of the reopening of Broadway,” Springsteen said.