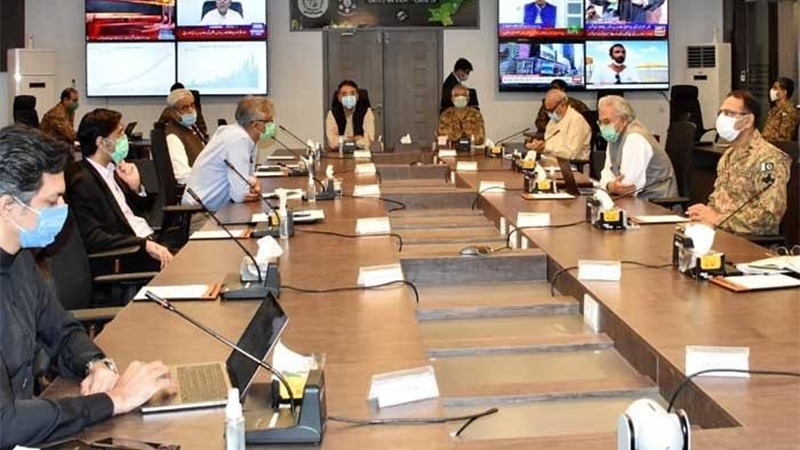 About 10 million people have been vaccinated in Pakistan against Covid-19, said National Command and Operation Centre in Islamabad on Wednesday.

Asad vowed to increase this to achieve the target of vaccinating 70 million people by December 2021.

Addressing a brief press conference to mark the achievement, Asad Umar said the government’s decisions to curb the virus were proving “effective” during the third wave of the pandemic.

“The more quickly we get ourselves vaccinated, the faster we will be able to rid ourselves of this menace,” he said, requesting people to get themselves vaccinated so that businesses could reopen and life could return to its normal state in Pakistan. The federal minister said that while it was an impressive achievement, the government wanted to expedite the vaccination campaign. The NCOC chief said Pakistan was administering an estimated 300,000 doses on a daily basis against the coronavirus, adding that more than 300,000 people were registering for the vaccine on a daily basis. Umar gave the government and the masses a pat on the back for following coronavirus SOPs due to which a visible decline in the number of cases could be seen. He said the government’s efforts against the coronavirus were proving effective during the third wave of the pandemic.

“We have seen that when Pakistanis, as a nation, decide to do something, then they do it,” he said.

Meanwhile, coronavirus cases continue to decline in the country as Pakistan reported a positivity ratio of 2.54% on Wednesday. The last time the country reported this figure was in October 20, 2020, seven months ago.

Pakistan reported 1,118 cases of the infection on Wednesday, as per data from the National Command and Operation Ceremony (NCOC). On Tuesday, 43,900 Pakistanis were tested for the infection. The country reported a positivity ratio of 2.54%, with 77 people dying over the past 24 hours. As many as 2,244 people recovered from the infection in a single day, according to the  NCOC. The total number of confirmed cases across the country have risen to 936,131 while the total number of active cases in Pakistan are 44,987. In total, Pakistan has lost 21,453 people to the coronavirus while 869,691 people have, in total, recovered from the infection. On Tuesday, Pakistan reported a coronavirus positivity ratio below 3% for the first time in almost four months. The last time the country reported a positivity rate below 3% was on February 14 when the positivity rate stood at 2.61%.