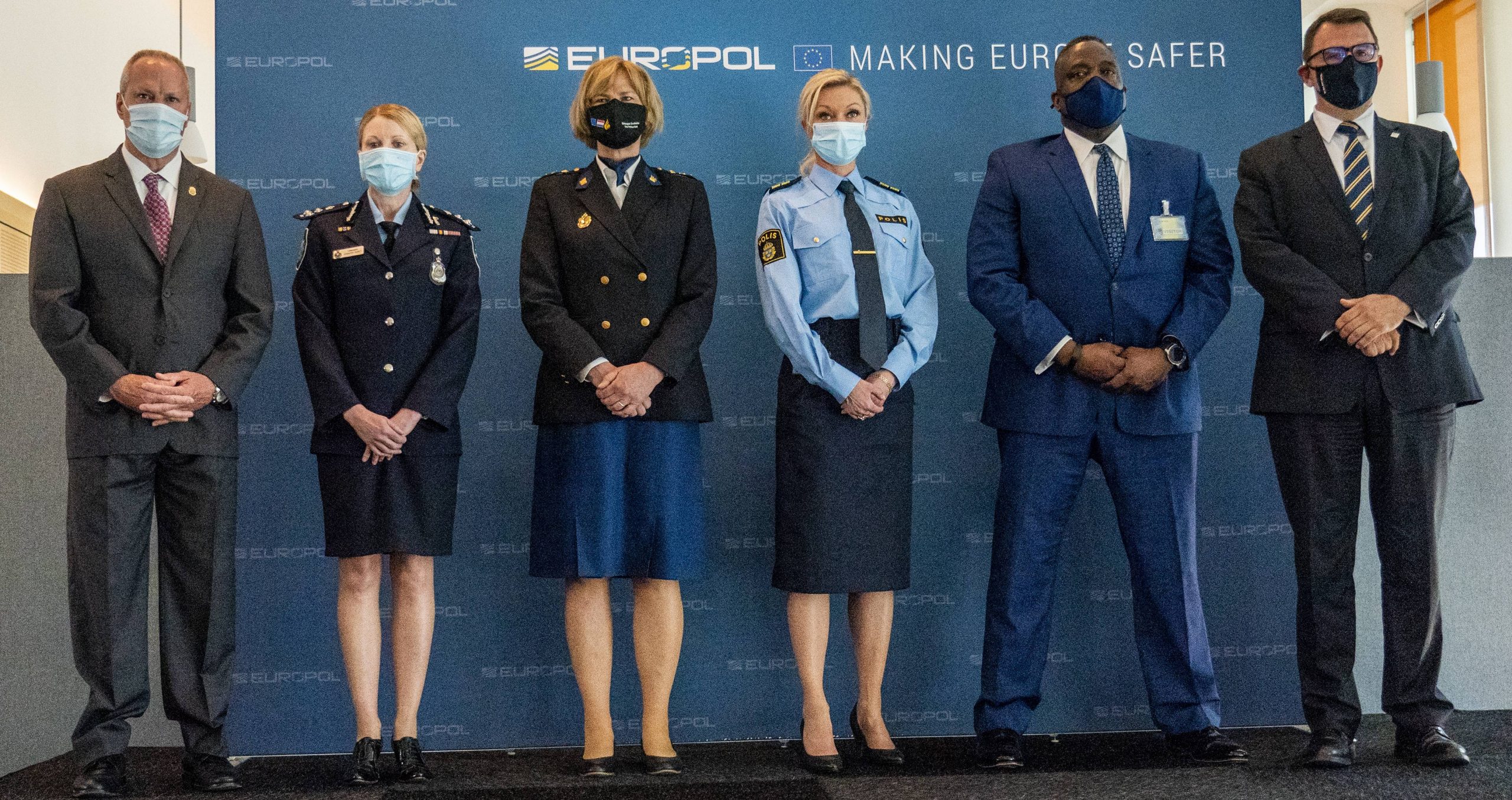 Cops in 16 countries were able to read the messages of underworld figures as they plotted drug deals, arms transfers and gangland hits on the compromised ANOM devices. Mafia groups, Asian crime syndicates, motorcycle gangs and other criminal networks were all monitored using the spiked phones as part of operation “Trojan Shield”. The sting, jointly conceived by Australia and the US Federal Bureau of Investigation, prevented around 100 murders, foiled several large-scale narcotics shipments and led to seizures of weapons and cash, they added. “The results are staggering,” FBI Assistant Director Calvin Shivers told reporters at the headquarters of the EU’s police agency Europol in The Netherlands. Shivers said the FBI had provided criminal syndicates in over 100 countries with the devices over the past 18 months “that allowed us to monitor their communications”.

Europol hailed the “exceptional” operation, which saw around 12,000 of the ANOM devices distributed worldwide to criminals who thought they were chatting in secret. “This information led over the last week to hundreds of law enforcement operations on a global scale from New Zealand to Australia to Europe and the USA, with impressive results,” said Jean-Philippe Lecouffe, deputy director of operations at Europol. “More than 800 arrests, more than 700 locations searched, more than eight tonnes of cocaine.” Police also seized 22 tonnes of cannabis, two tonnes of methamphetamine, 250 firearms, 55 luxury vehicles and over $48 million (39 million euros) in various currencies and cryptocurrencies, Europol said.

Australian police said the supposedly hardened encrypted devices were handed out to criminals as part of the FBI-led plot. Australian Prime Minister Scott Morrison said Tuesday that the operation had “struck a heavy blow against organised crime — not just in this country, but one that will echo around organised crime around the world”. The operation began after global police work in the past two years disrupted two other major encrypted phone networks used by criminals, EncroChat and SkyGlobal.

“The closure of those two encrypted communication platforms created a significant void in the encrypted communication market,” said New Zealand police. To fill the void, “the FBI operated its own encrypted device company, called ‘ANOM'”, the New Zealand police added. The FBI’s Shivers said this enabled them to “turn the tables” on criminals. “We were actually able to see photographs of hundreds of tonnes of cocaine that were concealed in shipments of fruit, we were able to see hundreds of kilos of cocaine that were concealed in canned goods,” Shivers said. Showing the massive global scale of the sting, Australia said more than 200 people had been charged already.

Sweden arrested 155 people, including five in Spain. The authorities had been able to hone in on around 600 suspects, preventing “more than 10 planned murders within Sweden” alone. Neighbouring Finland announced around 100 arrests, including a major seizure of machine guns and a 3D printing workshop turning out parts for firearms. Germany detained 70 suspects, the Netherlands 49, and New Zealand 35 in the operation. Most of the 27 million ANOM messages obtained by the sting were in Dutch, German and Swedish, Dutch police said. “Criminals assumed that the service was safe and touted it among themselves as the platform you should use… Nothing could have been further from the truth,” Dutch police said in a statement.

According to unsealed court documents, the FBI worked with insiders to develop and distribute ANOM devices through the Phantom Secure network of existing criminal customers, unloading 50 — mostly to Australia — as a “beta test”. The devices are said to have had no email, call or GPS services and could only message other ANOM phones. They could only be bought on the black market — for around $2,000 — and required a code from an existing user to access. “We didn’t hand them out, people actually came to us seeking those devices,” Shivers said. Australian agencies helped get the phones in the hands of underworld “influencers” — including an Australian fugitive drug boss on the run in Turkey — in a bid to gain trust. The cover appeared to be blown in March 2021 when a blogger detailed ANOM security flaws and claimed it was a scam linked to Australia, the United States and other members of the Five Eyes intelligence sharing network. The post was later deleted.