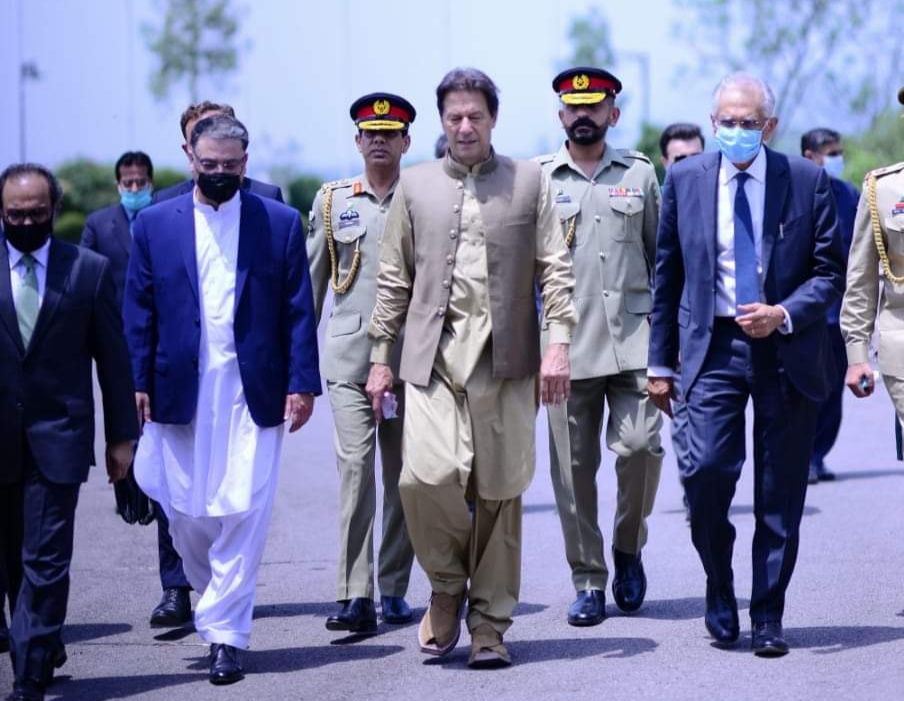 ISLAMABAD: Prime Minister Imran Khan launched a mobile unit on Monday which will act as a one-window solution to provide information and collect applications for loans in order to facilitate the public in benefiting from the government’s low-cost housing scheme.

The mobile unit, in partnership with the Naya Pakistan Housing Authority and the National Bank of Pakistan (NBP), will facilitate people to obtain loans for low-cost housing projects and provide one-window operations under the Prime Minister’s Housing Scheme.

Initially, the mobile unit will provide facilities in Rawalpindi, Islamabad and adjoining areas after which the scheme will be expanded across the country.

The unit will help reduce the burden on banks regarding dealing with customers during the COVID-19 pandemic.

The Prime Minister lauded the initiative taken by the National Bank of Pakistan to set up the unit and said ensuring shelter and accommodation for the people was the top priority of the government. He urged the banks to facilitate the aspirants of loans for construction of their houses.

According to sources, despite the initiation of the project, banks are showcasing positive optics to please the Prime Minister. However, ground realities portray a different picture.

Loan disbursement is pathetically low because of a lack of interest by banking institutions. The biggest disbursement which has been done by NBP is still in some crores. It is unfortunate that banks have still not mobilised their staff while applicants are not attended properly and rather discouraged.

The bank’s bureaucracy has more or less failed while the team of the Prime Minister failed to monitor the delivery of banks. Instead of facilitating the masses, banks are creating more hurdles, according to one applicant who took the name of Mezan bank. He said they are least bothered to facilitate applicants and that the scheme is just to develop a positive media image, whereas there is nothing happening at the grass root level.