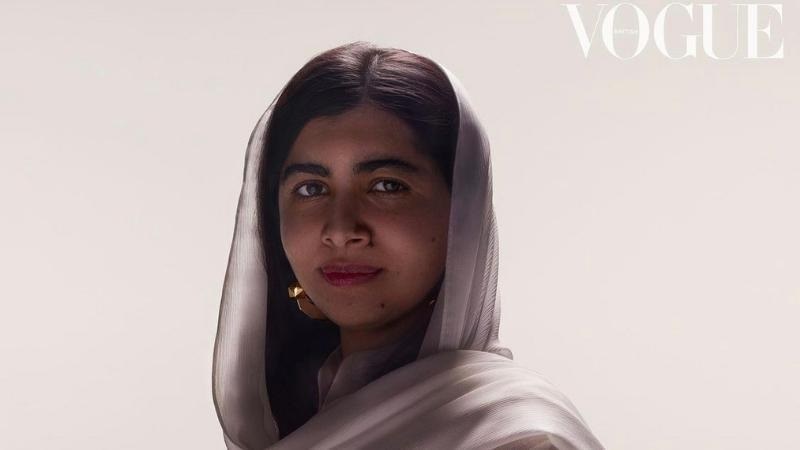 Young activist and Nobel peace prize laureate recently made headlines after appearing on the cover of British vogue. While the cover caught the appreciation of many, Yousafzai’s comments on marriage when she opened up to Sirin Kale sparked an intense debate on social media about the context of her words as well as the complications of her religious affiliations.

On being asked about her views on marriage, Malala responded, “Thinking about relationships, you know, on social media, everyone’s sharing their relationship stories, and you get worried…If you can trust someone or not, how can you be sure?”

She further added how she’s not sure if she would ever marry anyone as signing marriage papers would not determine somebody’s importance in her life.

“I still don’t understand why people have to get married. If you want to have a person in your life, why do you have to sign marriage papers, why can’t it just be a partnership?”

Offended by Malala’s supposed disapproval of the institution of marriage and alleged support for live-in relationships, Islamic cleric Mufti Shahabuddin Popalzai has demanded an explanation from Malala’s father.

Although she has not responded to the wrath yet, but her father Ziauddin Yousafzai said that her statement has been taken out of context and tweaked by the media.

Why must we judge?

The intensity of reactions the statement has garnered depicts the magnitude of our opinions and the burdens we carry with them.

People fail to realize that the young Pashtun girl who was shot in the head many years ago is now an Oxford graduate-a place where the brightest and intelligent of minds come to study, has lived abroad for so many years and has met the most influential people in the world. Developing a mindset where she might be questioning the effectiveness of marriage or thinking about its relevance in general is a natural phenomenon relative to her stage in the life cycle. If we can analyse the statement, why not her current upbringing or her new reality?

Abiding by the universal sociological theory of Peter Berger and Thomas Luckmann that says reality is a social construct, Malala could have shaped her experience through social interaction that she built herself and which is likely to be different from ours.

However, the Pakistani stance on the situation proves yet again that we, as people, have a lack of tolerance for freedom of speech. What Malala stated can be discussed in a debatable context, but to each his own. Shouldn’t we know better if she doesn’t?

The agenda is not the statement made by an influential activist but our inability to wipe it off as just another statement by a young girl pondering over life and the institutions that come with it. This mindset, if developed, could relieve us of many irrelevant burdens we carry on our shoulders in this society.

Many celebrities have come forward to show their displeasure over the comment forgetting that providing a reaction should have been a response, not a critique.

For a resilient society, it is of utmost significance that any sort of message must be received and forwarded with a neutral and clear mind to better evaluate the pros and cons of the given piece of information available. Sadly, we have yet to adopt this foreign concept.