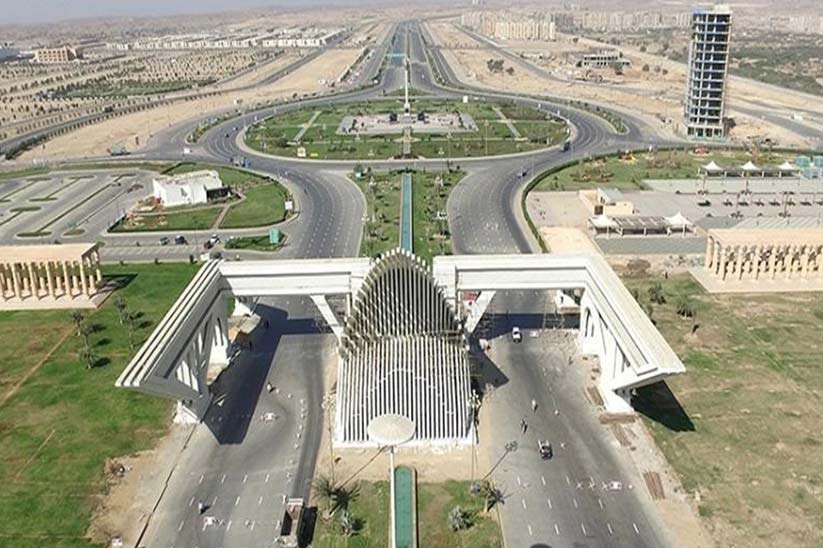 The protesters did not stop there and entered the premises of Bahria Town Karachi and started vandalizing the private properties inside the town.

Local Administration and Sindh Police so far absent from the scene. pic.twitter.com/kRmtlCpoGZ

The local Administration and Sindh Police were absent from the scene.

The angry mob broke into shops, set motorbikes on fire, and shouted slogans against the Bahria Town’s management.

It is being reported that the Sindh Action Committee has joined the protest, and people from adjoining villages are also joining.

This protest is taking the shape of a sit-in.

Just one of many such scenes in Bahria town karachi today. Mob Madness pic.twitter.com/alj2tDl6JI

The protesters were seen holding placards, on which anti-Bahria slogans were written.

The people are demonstrating against the alleged illegal occupation of their lands by Bahria Town Karachi. The locals are calling for action against the private society.

A sit-in is happening outside the main gate of the private society. It is being reported that more and more people are joining in from different parts of Sindh. Women and children are also present in the protest.