Dr Amhad Ali Khan, on Saturday said they have imposed a ban on manufacturing of plastic bags as well as sale and purchase of polythene bags to protect the environment.

The step has been taken to protect humans, wildlife and aquatic creatures from threats of plastic pollution and ensure restoration of the ecosystem, he remarked.

The EPA official told APP that they have also banned biodegradable and non-biodegradable polythene products in KP.

They have also started actions against companies manufacturing as well as selling and purchasing polythene bags, adding, cases were being filed against the violators which would be sent to Environmental Tribunal, Peshawar for further action. “The Environmental Tribunal has the power to impose a heavy fine from Rs 50,000 to Rs five million, confiscate the entire stock or impose Rs100,000 fine per day or send the accused behind bars,” he said. Muhammad Irshad Khan, senior Analyst EPA told APP that polythene bags were a major contributor to plastic pollution in the country including KP since these bags had made their way to the market in 1960.

“Back polythene bags are more dangerous for humans because of its repeated usage without proper recycling, ultimately exposing the consumers to serious ailments including intestine infections, vomiting, digestive problems and premature births”, he stated.

He said large-scale production and an excessive use of plastic products had created enormous environmental challenges to humans, wildlife and aquatic creatures world-wide and feared that plastic waste in canals, rivers and oceans would affect aquatic life adversely in the next 40 to 50 years if its dumping continued at such alarming scale.

He said micro plastic could not be seen with naked eye and when it comes in contact with heat, it is converted into smaller particles causing thick air pollution and becoming part of the food cycle of humans, fish, wildlife and mammals by putting their lives in danger. 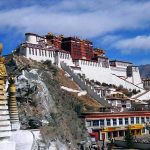 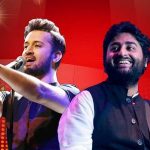