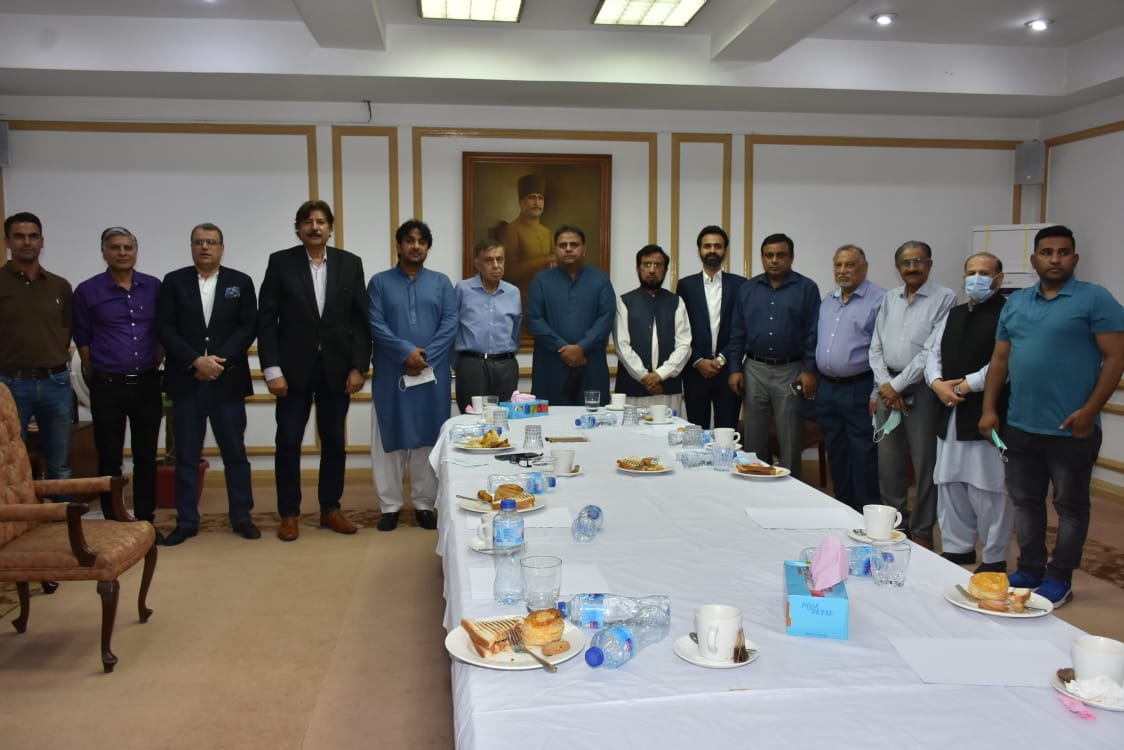 Declaring the purported draft of the media development making the rounds online as fake news, Federal Information Minister Fawad Chaudhry has made it clear in no uncertain terms that the PTI government believes in freedom of the media. To regulate print, electronic and social media, the government will bring in laws in consultation with all stakeholders. A concept paper in this regard has been sent to media organizations and will be purposefully discussed with all the journalist organizations, including the Council of Newspaper Editors (CPNE).

During a meeting with officials of the CPNE at Aiwan-i-Iqbal, Mr Chaudhry said that the ordinance being discussed on social media was a glaring example of fake news with which the government has nothing to do. “We want legislation to stop fake news on new technology, especially social media. Whether new laws are introduced or old laws are amended, if the stakeholders object to the concept paper, we will not do anything that would give the impression of banning the media,” he said.

Fawad Chaudhry said that as per the proposal of the CPNE, payment of bills of all departments could be authorized through the Pakistan Information Department. In this regard, he directed the PIO to prepare a strategy.

Earlier, welcoming the minister for Information, CPNE President Arif Nizami said that these days there is a concern in the journalistic and political circles about the Pakistan Media Development Authority. “We want the government not to take any action against the freedom of the press so that good relations are maintained between the press and the government,” he said.

The federal minister termed the ordinance circulating on social media as fake and said that it has increased the need for the regulatory authority. The aim of the government is not to restrict freedom but to coordinate the existing media bodies like Press Council, PEMRA, Audit Bureau of Circulation, Registrar’s Office and ensure the protection of workers’ rights.