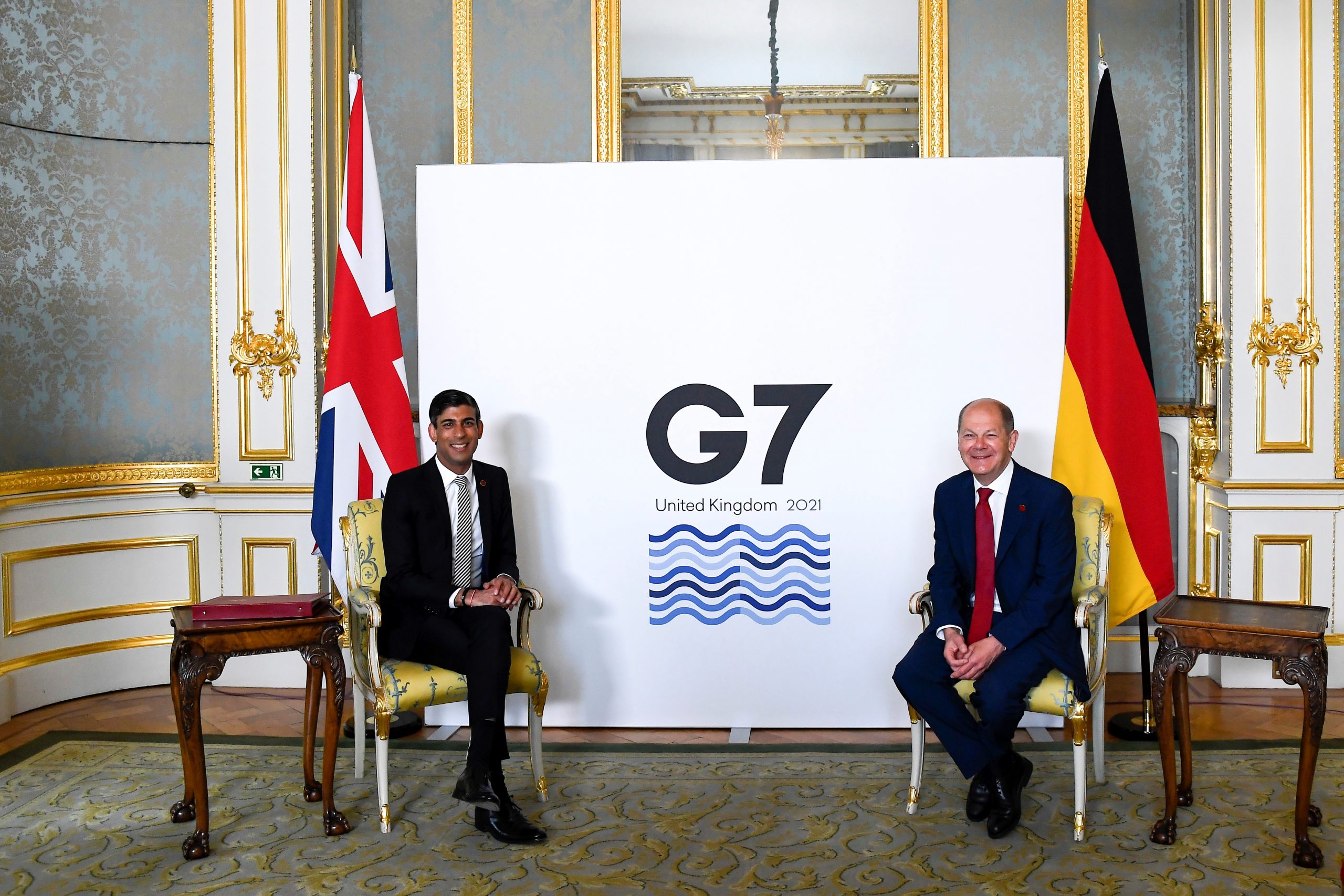 Finance ministers from wealthy G7 nations were Saturday expected to formally announce support for a minimum level of corporate tax in a landmark move aimed at getting multinationals — especially tech giants — to pay more into pandemic-hit government coffers.

According to a draft communique seen by AFP, the finance chiefs and central bankers of the world’s seven richest nations will express “strong support” and a “high level of ambition” over the US-backed tax plans. “If we have an agreement… it will be a historic step forward,” French economy minister Bruno Le Maire told journalists Friday following the first of two days of talks.

It would then be expected to go before the expanded Group of 20 at their finance meeting in July. British finance minister Rishi Sunak was chairing the London meetings, held in person after an easing of Covid-19 restrictions and attended by counterparts from Canada, France, Germany, Italy, Japan and the United States. The talks were preparing the ground for a broader summit of G7 leaders in Cornwall, southwest England, starting Friday. US President Joe Biden is set to attend next week’s summit on his first foreign tour since taking office in January, while on Saturday US Treasury Secretary Janet Yellen will hold a press conference following the G7 meeting.

Momentum is growing behind the US-led plans to limit the ability of multinationals like tech giants to game the system to boost profits, especially at a time when economies around the world are reeling from the impact of the coronavirus pandemic. German finance minister Olaf Scholz on Friday told reporters it was the “right time” for a global tax deal given the vast sums spent by governments “to protect citizens, stabilise the economy and save jobs” since last year. Biden has called for a unified minimum corporate tax rate of 15 percent in negotiations with the Organisation for Economic Co-operation and Development (OECD) and G20. Le Maire told journalists in London that 15 percent is “a minimum. For us, it’s a starting point”.

Along with its G7 and G20 partners, France wants “a more ambitious level of taxation”, the minister said, with the current pandemic crisis showing that “tax evasion, the race towards the lowest possible level of taxation, is a dead end”. A deal is “within sight”, finance ministers from France, Germany, Italy and non-G7 member Spain have jointly declared this week. At the same time, Ireland has expressed “significant reservations” about Biden’s plan.

Its 12.5-percent tax rate is one of the lowest in the world, prompting tech giants such as Facebook and Google to make Ireland the home of their European operations. Proponents argue that a minimum tax is necessary to stem competition between countries over who can offer multinationals the lowest rate. They say that a “race to the bottom” saps precious revenues that could go to government priorities like hospitals and schools. The UK-based anti-poverty organisation Oxfam argued that 15 percent was too little, with the charity’s senior policy officer for France, Quentin Parrinello, telling AFP an agreement without a specific rate “would be a real failure”.

Corporate tax is one of two pillars in efforts for global fiscal reform, the other being a “digital tax” to allow countries to tax the profits of multinationals headquartered overseas.

Britain wants multinationals to pay taxes that reflect their operations, as governments seek to repair finances battered by slashed tax receipts plus vast spending and borrowing during the pandemic. “It is increasingly clear that in a complex, global, digital economy, we cannot continue to rely on a tax system that was largely designed as in the 1920s,” Sunak said in his opening G7 remarks Friday. According to the draft communique, ministers also plan to commit to “sustain policy support”, or stimulus, for “as long as necessary” to nurture economic recovery, while addressing climate change and inequalities in society. Furthermore, they will urge “equitable, safe and affordable access to Covid-19 vaccines” everywhere. The thorny topic of the regulation of digital currencies such as bitcoin was also on the agenda.