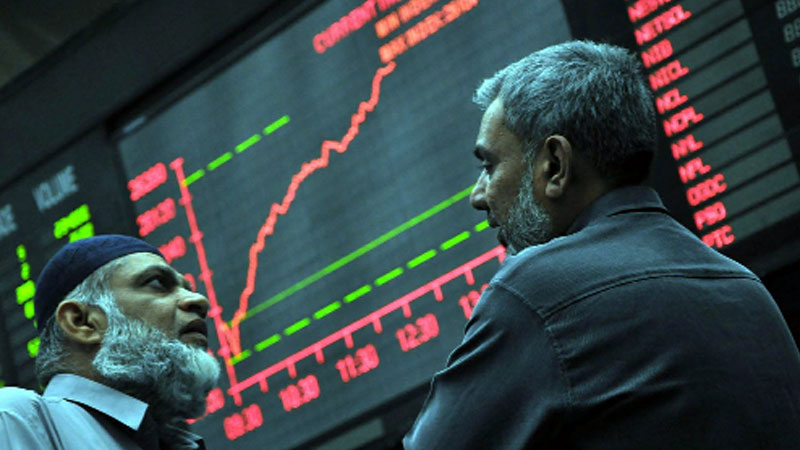 KARACHI: The Pakistan Stock Exchange finished the week on a high note, with the benchmark KSE-100 index rising 118 points, or 0.25 percent, to 48,211 points at the close of trade.

By the conclusion of the day, almost 317.4 million shares had changed hands for a total value of almost Rs14.09 billion.

According to Topline Securities, UBL, BAFL, GLAXO, HCAR, and MARI contributed the most to the KSE-100 Index. The firms “added 79 points to the index altogether,” according to the report.

“Today’s volume and value of traded shares were 864 million shares and Rs.26.5 billion, respectively. “With 89 million shares traded, WTL once again leads the exchange in terms of volume,” stated Topline.

Positive emotions were fueled by declining COVID-19 instances and increased revisions in growth predictions, according to JS research.

The business stated that investor involvement remained stable during the week, but that average volumes fell to 1,122 million, or -9.4%, week over week, while the average value traded grew to US$192 million, or 8.3%

“On a sector-wise basis, Engineering (+9.6% WoW), Autos (+6.6% WoW), and Oil & Gas Marketing Companies (+6.3% WoW) were the key outperformers. Refineries (+6.1% WoW) also beat the benchmark index over expectations that the Refinery Policy will be announced soon while the rally in Cement (+3.2% WoW) can be attributed to anticipation of strong sales growth during May-2021,” said JS Research.