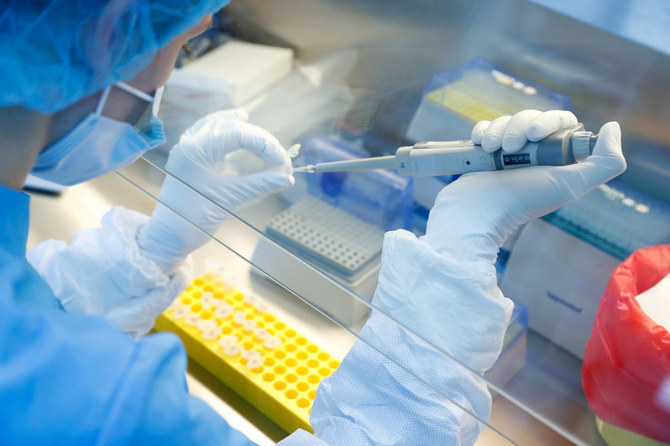 WASHINGTON: The World Bank and the International Monetary Fund (IMF) on Thursday called on countries anticipating excess vaccine supplies in the coming months to release their surplus doses and options as soon as possible to developing countries.

“The coronavirus pandemic will not end until everyone has access to vaccines, including people in developing countries,” World Bank President David Malpass and IMF Managing Director Kristalina Georgieva said in a joint statement to the Group of Seven (G7) industrialized countries.

“Worldwide access to vaccines offers the best hope for stopping the coronavirus pandemic, saving lives, and securing a broad-based economic recovery,” they said, and noted that together with the World Health Organization (WHO) and the World Trade Organization (WTO), the World Bank and IMF have urged international support for 50 billion dollars of financing aimed at achieving more equitable access to vaccines and thus helping to end the pandemic everywhere.

The World Bank and the IMF call on countries anticipating excess vaccine supplies in the coming months to release their surplus doses and options as soon as possible, in a transparent manner, to developing countries with adequate distribution plans in place, they said. “We are urging developing countries to move quickly to put in place vaccine procurement and distribution plans and communication efforts to convey life-saving importance of approved COVID-19 vaccinations,” they continued.

The two leaders also urged vaccine manufacturers to prioritize the scale up of vaccine production, providing increased access for developing countries. They said that their multilateral organizations will work actively to encourage and support greater access. “Distributing vaccines more widely is both an urgent economic necessity, and a moral imperative,” they added.

According to IMF estimation, a faster vaccination roll-out could inject the equivalent of nine trillion dollars into the global economy by 2025, due to a faster resumption of economic activity. At a recent press conference, Georgieva said that 60 percent of the nine trillion dollar benefits would go to emerging markets in developing countries, and 40 percent will go to advanced economies.