Daniel Ricciardo ready to get his train back on track 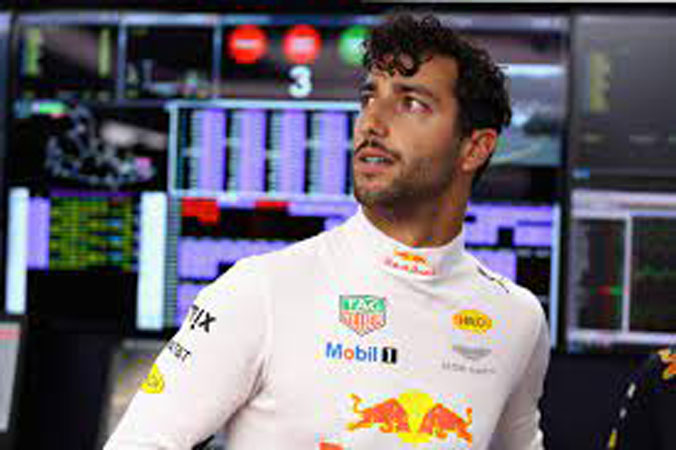 BAKU: Daniel Ricciardo said he had complete faith in his ability to deliver and was ready to put the ‘train’ back on track after a tricky start to the Formula One season since switching to McLaren. Speaking to reporters at the Azerbaijan Grand Prix on Thursday, the Australian said he knew the situation would come good. “It’s not something that I have any self-doubt. I know deep inside me what I’m capable of and I know if I was driving with an element of fear or hesitation then I would know that this sport’s not for me any more,” he added.

“But it’s very much not the case. I know it’s just about putting it together now. I know that once it clicks and it becomes right, people will all of a sudden be back on the Ricciardo train. If you jumped off, it’s OK. It’s still going to go forward. There’s tickets still to be sold, I’ll let you back on.” The Australian has seven grand prix wins to his credit, all with Red Bull between 2014-18, and is in his 11th season in the sport as one of the highest-paid drivers. Yet the 31-year-old, a winner in Baku in 2017, has scored only 24 points compared to 21-year-old British team mate Lando Norris’s 56. Norris has been on the podium twice in five races and is third overall, while Ricciardo is eighth and has not finished higher than sixth.

“I did spend a good few days on the simulator last week and it was really just trying to take a step back and understand what’s going on and how the car works and what needs to be done to get the car working well,” said Ricciardo. “We just tried lots of different things, even things that don’t feel correct… just played around a lot. Certainly some things now do seem more clear to me and I think it was really productive to do that. “So I am just looking forward to putting that in play now on track.”