Babar says he will talk to Amir about his early retirement 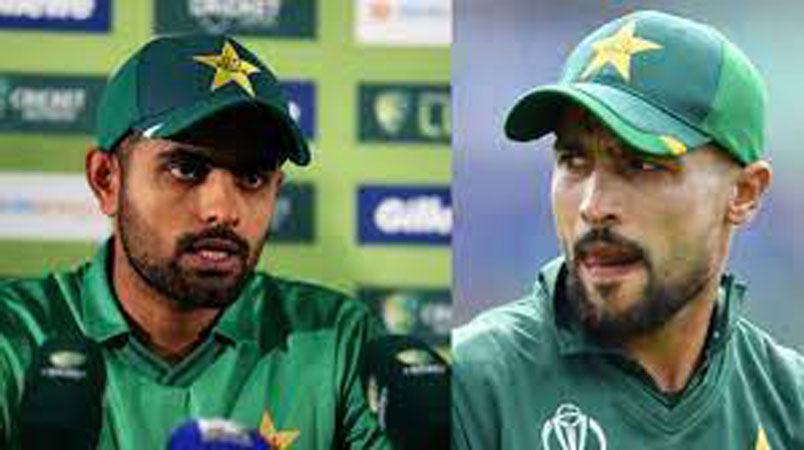 LAHORE: Pakistan’s veteran left-arm fast bowler Mohammad Amir surprised everyone by retiring just at the age of 29 in December 2020. The policies of the Pakistan Cricket Board (PCB) and decisions of the team management made the bowler very upset and made him announce his retirement from international cricket. Pakistan captain Babar Azam has now said that he will talk to Amir on the issue of retirement when he meets him during the Pakistan Super League (PSL).Babar added that he will look into Amir’s problems and come up with a better solution while replying to a question on Amir’s retirement.

Babar also said: “I have not spoken to Amir, but as soon as I get a chance, I will know from him what the problems are. He is one of the best left-arm fast bowlers in the world and I love him. I just hope that he does well for Karachi Kings in the second half of PSL.” Amir, targeting the PCB, recently said that he was not getting respect from the board. The fast bowler recently said: “Respect is above all for me and I felt that I did not get the respect I deserved. That’s why I had to retire. The people of Pakistan cricket have their job and I have my career.” Amir called out some baseless speculations, which stated that he wanted to settle in England, and if he gets citizenship, it will allow him to play in the Indian Premier League (IPL).