‘Power hungry’ Bilawal has no empathy for public: Farrukh Habib 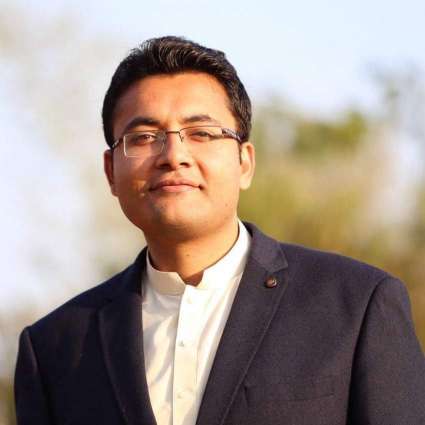 ISLAMABAD: Minister of State for Information and Broadcasting Farrukh Habib on Wednesday said that Pakistan People’s Party (PPP) Co-chairman Bilawal Bhutto Zardari had nothing to do with the problems faced by the common man and that his key priority was to come into power.

Commenting on Bilawal’s anti-government remarks, the minister, in a statement, lashed out at the PPP for worsening socio-economic conditions of the people living across Sindh.

The PPP co-chairman should justify his party’s rule in the province amid deteriorating law and order there, he added.

Farrukh said there was ‘political dishonesty’ involved in non-implementation of the urban and rural quota system for a distribution ratio of 40 and 60 per cent resources respectively despite a lapse of decades.

The densely populated areas in the province, he added, were presenting a sorry picture with piles of garbage and overflowing sewers, while the provincial government seemed to be least interested in resolving issues.

The people of Karachi, particularly, were at a loss to know why the sewerage lines across the city were not being rehabilitated and the water meant to supply through pipelines, was instead provided to the tankers ‘mafia’ for making bucks, he said.

The PPP co-chairman, he said, should also elucidate as to why the government schools in the city were in such a dilapidated condition, while roads were broken despite utilization of additional funds worth millions of rupees on their rehabilitation.

“Who will provide recreational facilities and a healthy environment to the mega city’s youth” as all the civic bodies, including municipal, fire brigade, health, education, land and rescue departments were dysfunctional, he added.

The minister said the Pakistan Tehreek-e-Insaf government would present a people- friendly budget for the next fiscal year.

The Federal Board of Revenue had collected a record Rs 4,170 billion tax during the ongoing financial year despite limited economic activities due to the COVID-19 pandemic, he added.