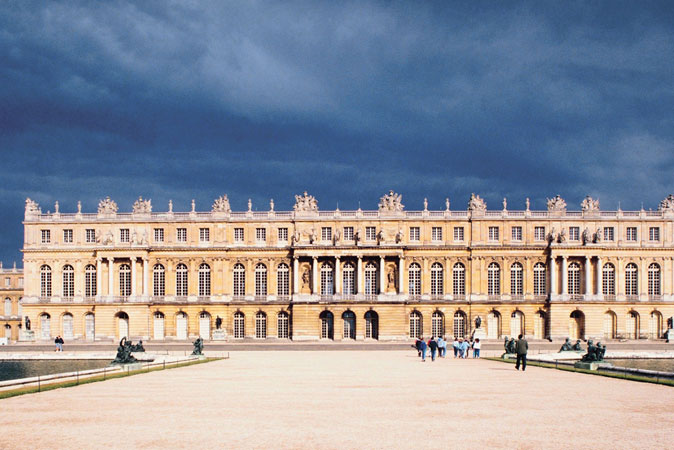 For the first time ever, a hotel has opened in the grounds of the Palace of Versailles in France – and it’s surely set to be one of the most sought-after stays in the world.

A night at this ultra-exclusive location on the outskirts of Paris, as you might expect, doesn’t come cheap. Rates start at £1,470 a night – but you’ll probably feel like royalty and there are some magnificent extras thrown in, like private tours of the main chateau.

The hotel is called Le Grand Contrôle and is housed in a building built in 1681 by Louis XIV’s favourite architect, Jules-Hardouin Mansart.

From Louis XV to Louis XVI’s reign, the building functioned as the equivalent of today’s Ministry of Finance, playing host to the European cultural elite, who would discuss some of the most significant political and economic issues of the day, including the first steps towards American independence.

In 1857 the buildings were entrusted to the Army and an officer’s mess was established there until it was decommissioned in 2004.

In 2016, The Public Institution of the Palace of Versailles awarded the renowned Airelles group – which runs some of the finest hotels in Europe, including Mademoiselle in Val-d’Isere, Les Airelles in Courchevel 1850, and La Bastide de Gordes in Provence – and Ducasse Paris the contract to develop a luxury hotel within Le Grand Contrôle.

Airelles said in a statement that the property has been ‘meticulously restored by architect and interior designer Christophe Tollemer’, with 14 ‘regal rooms and suites’, including a 120-square-metre signature suite, ‘exceptional dining by Alain Ducasse’ – who has 20 Michelin stars to his name – and a spa by Valmont with a 15-metre pool.

The rooms have been named after prominent individuals who had a strong association with Le Grand Contrôle or the Palace of Versailles and have been decorated ‘individually in an elegant 18th-century style’ with ‘authentic colours and fabrics, chandeliers, artwork and artefacts’.

Airelles added: ‘The property is largely furnished with original period furniture and Tollemer worked closely with Emmanuelle Vidal-Delagneau, a highly experienced specialist in French heritage and art in the selection of authentic art and objects from the 17th and 18th centuries.’

Evening meals, meanwhile, will be a ‘theatrical affair, reminiscent of the King’s royal banquets, with the restaurant team in period costume serving an array of gold, silver or vermeil dome-covered dishes’.

Airelles continued: ‘A bell rings at 8:30pm to signal the beginning of dinner, where guests experience a five-course gourmet feast commencing with a selection of soups and starters followed by roasts and salads, then dessert and finally, fruit.’

Each morning, before the arrival of the general public, guests can tour King Louis XIV’s Grand Trianon retreat in the grounds and The Queen’s Hamlet, a retreat built for Marie Antoinette.

And every evening, once all visitors have departed, hotel guests can enjoy an intimate tour of the Palace itself, taking in the King and Queen’s State Apartments, the Hall of Mirrors, as well as ‘previously unseen living areas of the sovereigns’.