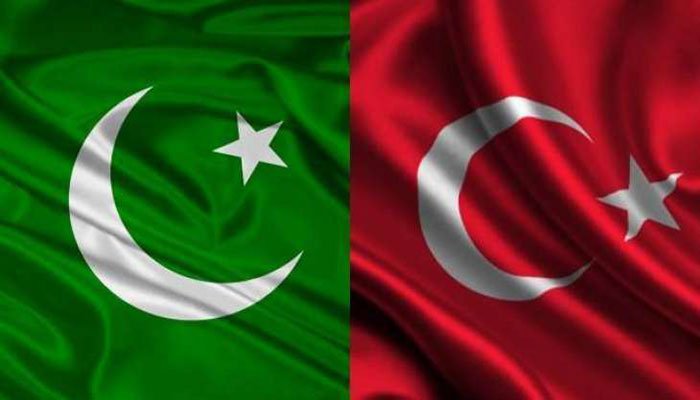 The agreement reached during a meeting between Speaker of the Grand National Assembly of Turkey, Mr. Mustafa Sentop, and Speaker Asad Qaiser on side-lines of the
Parliamentary Assembly of ECO countries (PAECO) conference here.

While talking to his Turkish counterpart, Speaker Asad Qaiser termed the visit of Mr. Mustafa Sentop and his delegation a step forward in furtherance of the pursuit of friendship and cooperation between two brotherly countries.

The speaker said religious, cultural, and historic affinities had bound both countries in eternal bonds. He was confident that the PAECO conference would help explore avenues for furthering the collaboration and connectivity between all the states in the region.

Speaker Turiskh Grand National Assembly Mr. Mustafa Sentop expressed his gratitude to the speaker Asad Qaiser for the rousing welcome accorded to him and his delegation
at federal capital.

He said that he always felt at home whenever he visited Pakistan. He also mentioned that exploring possibilities of mutual cooperation amongst the regional states was imperative for progress and prosperity.

He said that issues of Kashmir, Palestine, and Cyprus were close to Turkey and would always extend its diplomatic and moral support for their peaceful resolution.

Strengthening Inter-parliamentary Friendship Groups of Pakistan and Turkey has also been made part of the protocol. This protocol shall come into effect on the date of its signature and remain in force for an indefinite period of time unless terminated by either parliament.