All the representative media organizations on Tuesday totally rejected the proposed Pakistan Media Development Authority Ordinance and termed the concept as an unconstitutional and draconian law aimed against freedom of press and expression and step towards imposing the state control to regulate the establishment as well as operation of all segments of media.

A joint meeting of the All Pakistan Newspapers Society (APNS), Pakistan Broadcasters Association (PBA), Council of Pakistan Newspaper Editors (CPNE), Pakistan Federal Union of Journalists (PFUJ-Barna, PFUJ-Dastoor and the Association of Electronic Media Editors and News Directors (AEMEND) was of the unanimous opinion that the proposed PMDA is intended to hinder media freedoms and take control over the media by the top information bureaucracy.

In a joint statement, the representatives said that the concept was an attempt to tighten federal government’s hold over the media through one draconian authority, ignoring the fact that print, digital and electronic media were separate entities each with their own defined features and respective regulatory laws. They said that the move appears as an extension of now defunct Press and Publications Ordinance 1963 (PPO) of General Ayub Khan era to all media platforms with regimental provisions to take over the independent and free media.

According to the joint declaration, they said that this has no place in a democratically-elected dispensation. The joint meeting decided to resist the establishment of PMDA at all levels, including legal recourse, protest measures and advertising campaigns to educate the public against this blatant attempt to subjugate and control the media and curtail peoples’ right to know. 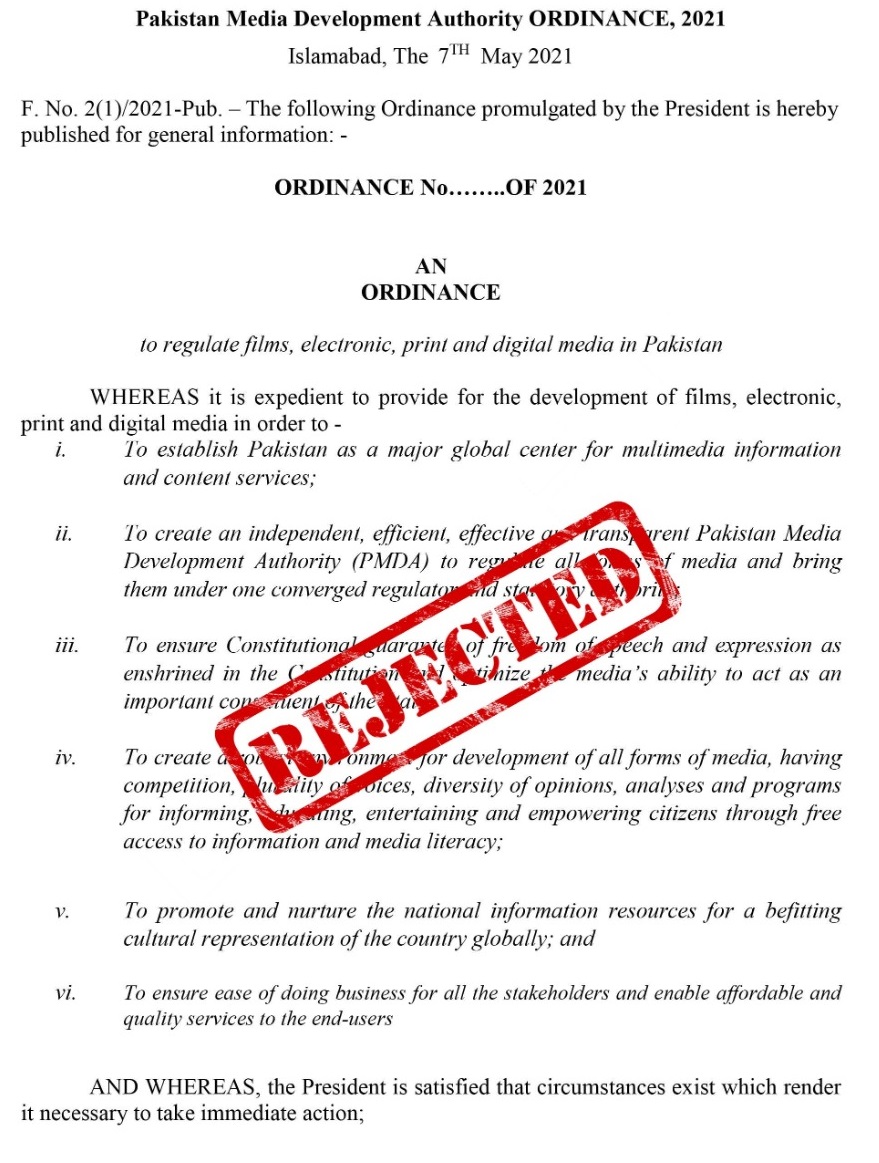 The meeting decided to form a Joint Action Committee of APNS, PBA, CPNE, PFUJ & AEMEND to decide further actions and seek support from political parties, bar associations, human right organizations and other segments of the civil society to oppose the proposed attack on media and urge upon the federal government to immediately withdraw the proposal.