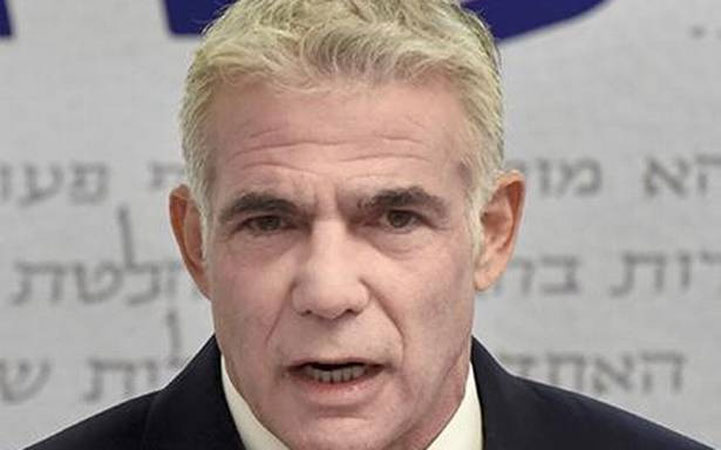 Israeli opposition leader Yair Lapid on Monday said many obstacles remain before a diverse coalition can be built to oust veteran Prime Minister Benjamin Netanyahu, but voiced hope it will achieve the “greater goal”.

Lapid, a secular centrist, has been locked in talks with the right-wing nationalist Naftali Bennett on the terms of a “change alliance” that also hinges on an array of other parties ahead of a Wednesday midnight deadline.

Former TV anchor Lapid’s chances of success rose when tech millionaire Bennett, despite their ideological differences, said Sunday he would join a “national unity government” in which the two men would take turns to serve as premier.

Israel’s latest political turmoil comes more than two months after Israel’s fourth inconclusive election in less than two years, and could topple the right-wing leader known as Bibi, who has ruled for a total of 15 years.

The intense political bargaining follows Israel’s bloody 11-day military conflict with Islamist group Hamas in the Palestinian enclave of Gaza, that ended with a May 21 ceasefire.

A viable anti-Netanyahu coalition would still need the support of other parties and lawmakers to gain a majority of 61 seats in the 120-member Knesset, Israel’s legislature.

But while Lapid warned of remaining hurdles, he also sought to strike a cautiously upbeat note.

“We’ll have to overcome them together,” he told members of his Yesh Atid (There is a Future) party.

“That’s our first test — to see if we can find smart compromises in the coming days to achieve the greater goal.”

Netanyahu, in power for the past 12 years following an earlier three-year term, has been fighting for his political life, warning on Sunday of “a left-wing government dangerous to the state of Israel”.

The 71-year-old is Israel’s longest serving prime minister, and the first to face criminal charges while in office — on fraud, bribery and breach of trust charges, which he denies.

The combative premier lashed out at Bennett, accusing him of “the scam of the century” for running on a right-wing platform, but then joining a prospective government that includes liberal parties.

Lapid, 57, is seeking to cobble together a diverse alliance which would include Bennett, a supporter of Jewish settlements in the Israel-occupied West Bank, as well as Arab-Israeli lawmakers.

In order to build such an anti-Netanyahu bloc, he must sign individual agreements with seven parties, whose members would then vote in parliament to confirm the coalition.

Among them are the centrist Blue and White party of Defence Minister Benny Gantz, and the hawkish New Hope party of Netanyahu’s former ally Gideon Saar.

Bennett allowed “us to make the change we are looking in Israeli politics, which makes him qualified to be the next prime minister,” Gantz said Monday.

Netanyahu’s conservative Likud party won 30 seats in the last election on March 23, the best result of any party, but far short of a majority.

In a last-ditch bid Sunday, Netanyahu offered a three-way power sharing deal to his rivals Bennett and Saar — but Saar refused.

Bennett accused Netanyahu of seeking to take down the political right and “the whole country with him on his personal last stand”.

Lapid’s party, with 17 seats of its own, had mustered a total of 51 votes of support from left, centre and right-wing parties before Bennett joined him.

Bennett’s Yamina (“Rightward”) bloc has seven seats, but one lawmaker swore he would not cooperate with the anti-Netanyahu camp.

To win the backing of four more lawmakers, needed to achieve the required 61 seats, Lapid is counting on parties representing Arab citizens of Israel, which have not yet announced their intentions.

They would have to support a coalition including Bennett, even though he has previously directed the Yesha Council which represents Jewish settlers in the occupied West Bank.

According to Israeli media, the coalition agreement would allow Bennett to head the government for the first two years, to be followed by Lapid.

It would end the long reign of Netanyahu, who first rose to power 25 years ago on a wave of opposition to Shimon Peres, the architect of the Oslo Peace Accords.

Despite the threat against him, it is too early to count out the wily political operator Netanyahu, said political scientist Jonathan Rynhold of Bar Ilan University.

“It’s never done until it’s done, particularly because, even if they (the alliance) got by far the best hand, Bibi is the best card player by miles, you can’t count him out,” he said.

If Lapid fails to muster a coalition, and lawmakers cannot agree on another leader, Israelis will return, yet again, to the polls.