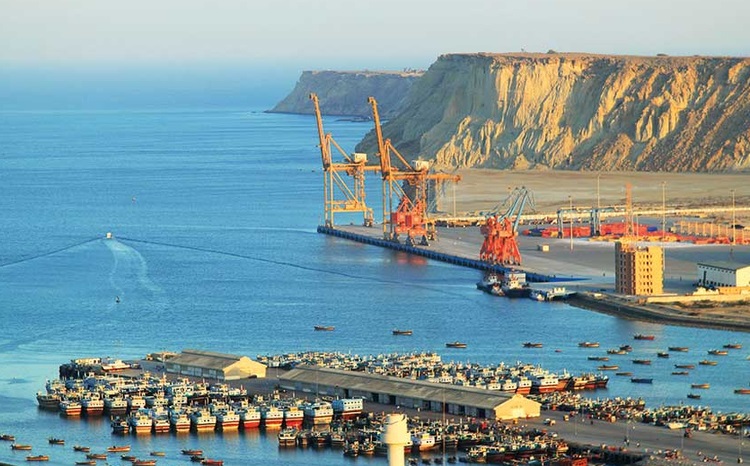 GWADAR: CPEC Authority Chairman Asim Saleem Bajwa on Monday said that the Gwadar Port and the Gwadar Free Zone would generate economic activities of around $10 billion per annum besides creating thousands of new jobs after becoming fully operational.

“Soon after completion of the Gwadar Free Zone, a lot of manufacturing and trading activities will start, cargoes will move, and transshipment activities will increase,” he said while talking to the journalists after reviewing the Gwadar Port and other projects under the China-Pakistan Economic Corridor.

“We will continue to monitor the development work in Gwadar till all the projects become fully operational,” Asim Bajwa said. He said that the port’s infrastructural work had been completed by the China Port Holding Company at the cost of around $300 million, and it’s all the four berths were fully operational.

During the last few months, over 67,000 metric tons of cargo had been handled at the port, comprising consignments mostly under the Afghan Transit Trade Agreement, which were later transported to Afghanistan. A vessel carrying 8,000 cubic feet liquefied petroleum gas was due at the port on Tuesday, while another ship with 24,000MT of DAP (diammonium phosphate) fertilizer and feed cargo for Afghanistan would arrive here from Australia, he added.

The CPEC Authority chairman said that they had built the port handling capacity, while the customs system was also in place to facilitate the investors and traders. “Now our full emphasis is to increase the port traffic for which we are pursuing the logistic companies to establish their offices in the city,” he said.

As regards the Gwadar Port Free Zone, Asim Bajwa said its first phase spreading over 60 acres of land had already been completed, with 47 enterprises registered. He said that six factories had been completed, three of them were now fully operational, while six others were under construction.

For the last three years, he said that both the port and the free zone had created some 1,200 direct jobs, while 12,000 more persons were hired for building the support infrastructure. He said that the second phase of the Gwadar Port Free Zone would spread over 2,221 acres of land and Prime Minister Imran Khan would perform its ground breaking.

He said the China Port Holding Company had already lined up an investor for the second phase, who would need some 1,600 acres of land. He said that the investor had pledged a direct investment of three billion dollars in the single industry that would create 30,000 jobs. He pointed out that the Eastbay Expressway would directly take the cargo from port to M-8 for onward shipment to Karachi and the rest of the country.

He said that some 94 percent of work on the expressway had been completed, which would hopefully be inaugurated in September. Similarly, he said the work of Gwadar Airport was also going on at fast pace while the technical and vocational institutes in the city would also be completed in October.

He said that the prime minister had specifically directed to create maximum job opportunities in the area, with capacity building of the local youth by imparting them skill training. The CPEC Authority chairman said a 150-bed hospital was under construction in the Gwadar city, which was a gift from the Chinese president for the local residents.

He said the master plan of the Gwadar City had also been approved, and it was now at the implementation stage. Putting down all the misconceptions about the Gwadar Port, he said it was now a reality, with lot of development work completed, while handling of cargo was underway. He said that the development of agriculture sector was a key area of focus under CPEC.

In that regard, he said he held a meeting with the agriculture community from Mirani and other areas of the province. He said that six Chinese companies were ready to sign lease agreements for 32,500 acres of land, on which they would develop a unique model of corporate farming. It would be the first agriculture model farm in Balochistan as similar models were being executed in Khyber Pakhtunkhwa and Sindh provinces as well, he added.

About the reservations of fishermen after the development of Eastbay Expressway, he said three bridges were under construction to address their concerns. The expressway will connect the port with the second phase of the Free Trade Zone which will facilitate the business climate of the zone and the port alike.