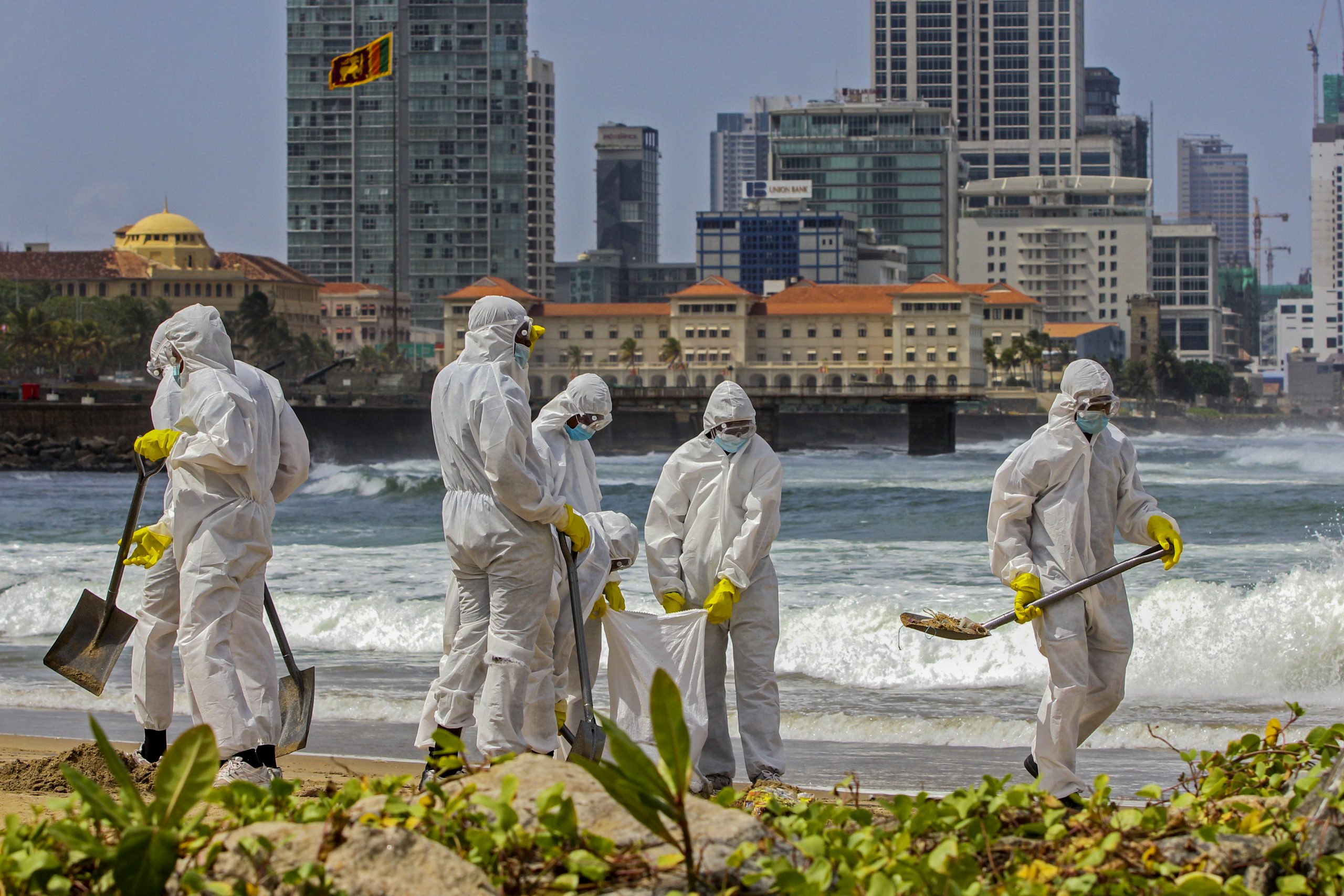 Sri Lanka’s criminal investigators began questioning the crew of a burning cargo ship Monday, as the Singapore-registered carrier smouldered for a 12th straight day in one of the island’s worst-ever marine ecological disasters.

A fire broke out aboard the MV X-Press Pearl, which was carrying 25 tonnes of nitric acid and a huge amount of plastic raw materials, as it was about to enter Colombo harbour on May 20. The intense flames, still burning at the rear of the 186-metre (610-foot) vessel, have destroyed much of the cargo, some of which has fallen into the Indian Ocean. Tonnes of microplastic granules from the ship and its nearly 1,500 containers have inundated Sri Lanka’s famed beaches, forcing a fishing ban and sparking fears of ecological devastation. The Marine Environment Protection Authority (MEPA) chief Dharshani Lahandapura said they were still assessing the ecological damage, but believed it was the “worst ever in my lifetime”. The Police Inspector-General has ordered the Criminal Investigation Department to investigate the fire as well as the huge environmental damage caused, an official said. “The 25-member crew have completed their quarantine and we are able to question them today,” a police spokesman said. MEPA said the captain of the vessel had known about a nitric acid leak on May 11, long before the vessel entered Sri Lankan waters. Authorities are moving to sue the owners of the vessel and its crew and claim damages from insurers. The fire has been under control since Sunday, officials said, adding, however, that the vessel continued to smoke on Monday and that high monsoon winds were fanning flames at the back of the ship. They said it was still too hot for them to attempt boarding the stricken ship. International salvage firm SMIT is leading efforts to douse the flames and is being assisted by Sri Lanka’s navy and the Indian coast guard. The three-month-old ship was heading to Colombo from Gujarat, India. It had previously visited Qatar and Dubai and was due to go to Malaysia and Singapore after calling at Colombo.