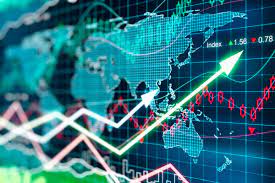 Amid the emerging differences in figures regarding GDP estimates and indicators, the National Accounts Committee recently announced growth rates that ironically increased the controversy surrounding the same.

The State Bank of Pakistan (SBP) and the International Monetary Fund (IMF) had initially estimated rates at 2.5 percent and 1.5 percent respectively in contrast to the 3.94 percent economic growth rate proposed by the National Accounts Committee for the ongoing fiscal year.

This evidence for this improvement is said to be brought on by positive results in the agriculture, industrial and services sector, which witnessed growth at 2.77 percent, 3.57 percent and 4.43 percent, respectively.

There is no doubt over the fact that the economy is trying ambitiously to recover from the traumatic slumps imposed by the cyclical Corona virus over the past one year; however, the figures seem to be abundantly positive given there are no scores firm enough to conclude how many people fell below the poverty line or lost their jobs during the last fiscal year.

Analyzing the most important sector, agricultural output figures have aesthetically been overvalued in segments such as fishery, livestock and forestry and other crops.

It is well known that these segments constitute almost 15 percent of our national output and interestingly, these numbers have been concluded without the presence of substantial census, reports and surveys for referential data.

The pressure on the incumbent government to perform well since its election could be a significant factor for this unusual representation. Uncontrolled inflation as well as periodic shortages of sugar and wheat have put the ruling party into a fix and brought about harsh criticism from the opposition time and again.

Considering the case of wheat which contributes 1.9 percent to the GDP of the country, its production is stated above 27.2 million tons. Never mind that both provincial and national wheat procurement prices have gone up by almost 30 percent! The contrasting vibe of the situation is proof enough for it to be questioned.

However, Federal Minister for Planning Asad Umar had defended the Pakistan Bureau of Statistics, claiming the data is accurate and the figures would prove correct in revised estimates.

Economist Pervaiz Tahir has vocally termed the 3.94 percent growth rate unrealistic and said independent operation of the Pakistan Bureau of Statistics (PBS) was the only way forward to get a transparent projection of the growth.

Similarly, figures seem to be irreconcilable in the case of the bumper crop, maize. Even though maize output witnessed a shortfall in the last FY- the production this year is second highest. However, many maize farmers in Punjab reported productivity losses from extreme heat. Another mind boggling reference that links the trends in global commodity prices to local ones does not make sense, considering that foreign trade of this staple is virtually non-existent, therefore breaking the possible chain that could have been.

The biggest lacuna of all that raises concerns is the igniting prices of sugar and wheat flour that continue to wreak havoc on the pockets of the masses. Needless to say, if raw material supplies are readily available and the finished good is in abundance, inflationary pressures would not be reaching the sky.

However, looking at the opposite narrative; the government supports ignited growth figures on the basis of progress in other sectors. IT exports amounting to $1.77 billion is, indeed, a phenomenal figure. In addition, the cement dispatches of April alone were 5 million tons igniting growth in associated sectors.

The government needs to verify and concretely measure and evaluate figures in order to reach such firm conclusions about the economy, its growth rate and its lacunas.  More research is required in all sectors to accurately gather data.