‘The Me You Can’t See’ — Oprah, Prince Harry and the perils of A-list activism

* The opening episode is titled Say It Out Loud and within a few minutes, the average viewer may well find themselves asking 'oh, must you?' 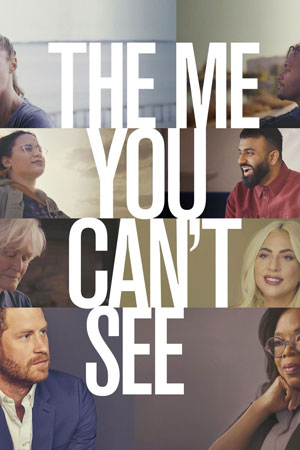 The latest addition to the teeming tide of contributions to the mental health debate – all promising to dismantle stigma and help us all recognise the trauma in ourselves and others – is led by Oprah Winfrey and Prince Harry, who have launched a new series on Apple TV+ called The Me You Can’t See.

I have been knocking back the anti-emetic medication since the trailer dropped, and the series itself is as cloying as expected. After some soaring music, sweeping introductory shots of various soothing natural landscapes and an equally soothing voice assuring us that “it’s never too late to heal”, we join Oprah and Harry in a cream-toned, simply dressed room with cameras therein – no artifice here! The fourth wall, she is broken! Here, they begin what they would probably call their “journey” together.

The opening episode is titled Say It Out Loud, and within a few minutes the average viewer may well find themselves asking “oh, must you?”. Oprah and Harry agree that the pandemic has been difficult for everyone. They agree that it has “held a mirror up to humanity”. They agree that everyone is grieving for something they’ve lost. They also agree that they disagree with those who say it has been equally difficult for everyone – because those who were already suffering will still have suffered more, you see?

Maybe it’s only average viewers in the UK who will have moaned in pain by now. Perhaps it is only us who will have watched proceedings so far and feel a little like we’re watching a trailer for a sci-fi movie and are awaiting the voiceover.

However, there are rare moments of jagged authenticity piercing the smoothed surface of the rest. Much of it surrounds Harry talking about his childhood; his main memory of his mother is of her driving him and William away from the paparazzi as fast as she could, despite being almost blinded by tears. The helplessness he felt about being unable to protect her is palpable. “And that happened every single day until the day she died.” His main memory of the funeral is the sound of the horses’ hooves “on the red road” and greeting people who had lined the cortege route while showing “one 10th of the emotion they were She was my mum! You never even met her!”

Interspersing Harry’s interview with Winfrey are accounts from other people of their struggles with depression, anxiety, OCD and other mental health problems. But they don’t get Oprah. Only Harry gets Oprah. Celebrity chef Rashad Armstead, champion flyweight boxer Ginny Fuchs, even Lady Gaga tell their stories to some nobody and the camera. The two-tier system makes the creeping distrust of the enterprise harder to ignore.

There are, almost certainly, no bad actors in this episode or this venture. Lady Gaga probably speaks for them all when she says talking about what she has endured is her way of recognising her privilege and “giving back”. And yet. And yet. Every contribution helps shape a debate – to challenge its terms or to legitimise them. And the current terms of the public mental health debate are parlous. However real and affecting their experiences and difficulties are, celebrity offerings valorise simply “telling your story”, not judging yourself and others, refusing to accept stigma and so on. Which is all well and good and necessary but does absolutely nothing to address how ordinary people are supposed to achieve this when the waiting lists for the services they need to access stretch to infinity, and the funding for them is cut to the bone. Nor does it acknowledge any deeper, more intractable forms of mental illness that need even more urgent attention and to which all ancient stigma still attaches.

Again, there is no doubt that every contributor’s motives here were pure. But standing outside and looking at the programme as an artefact and an influence on debate, one might ask whether sharing stories always means giving back – or whether it can sometimes mean taking away.