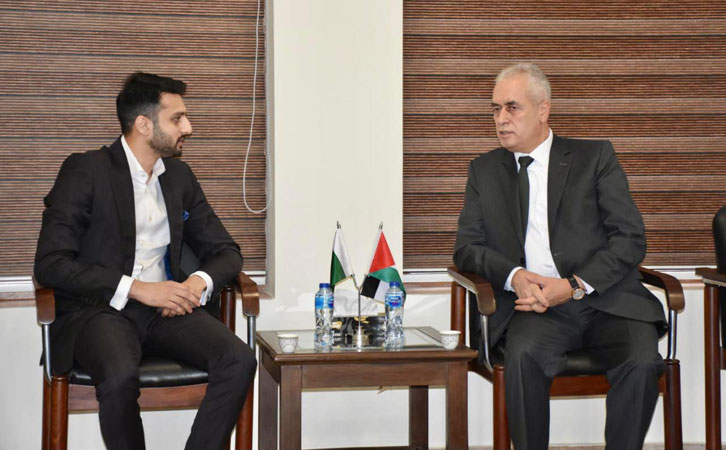 In a special meeting with His Excellency Ahmad Rabaie, Ambassador of the State of Palestine to the Islamic Republic of Pakistan, Ibrahim Hasan Murad, President of ILM Trust and UMT, has offered to donate a sum of US$100,000 for the Education and welfare of the Palestinian youth.

Ibrahim praised the incredible resilience and sacrifices of the Palestinian people in the face of Israeli state terrorism against unarmed civilians, women, and children. He condemned indiscriminate bombing of hospitals, educational institutions, and infrastructural facilities by the Israeli invading forces. He demanded a cessation of war crimes by Israel and expressed the hope that the Palestinians’ relentless struggle will win them the ultimate victory with Jerusalem as the capital of the State of Palestine.

In addition to the US$100,000 donation for capacity building for the people of Palestine, and particularly the youth. He assured the Ambassador of Palestine that UMT welcomes students and faculty from Palestine for higher education, research, and employment.

Ibrahim drew parallels between the Kashmiri struggle for freedom and the Palestinian cause. Both have been suffering from state terrorism with untold atrocities committed against them. He hoped the world opinion would force both India and Israel to end their occupation of Muslim lands.

ILM Trust has established two universities, 70 colleges and 200 schools across Pakistan bringing the fruits of education at all levels to over 100,000 students. ILM Fund is the country’s largest scholarship fund with PKR5+ billion awarded to over 16,000 students.