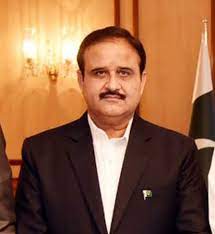 LAHORE: Punjab Chief Minister Sardar Usman Buzdar chaired a meeting to review the performance of the Labour Department at the CM office on Sunday and maintained that the minimum wage of the workers in Punjab had been fixed at Rs 20,000, adding that the incumbent government, during its two and a half year tenure, had given raise of Rs 5,000 in the minimum wage of labours and workers.

Addressing the meeting, he said that a Labour Tower would be constructed in Lahore under the supervision of the Labour Department. He also directed to review the proposal of setting up hostels for the labors and industrial workers.
It was principally decided in the meeting to turn Punjab Employees Social Security Institution and Punjab Workers Welfare Funds into smart organizations.
The meeting further decided that COMSATS would establish a campus on the land of the Labour Department in Defence Lahore where 30 percent of children of labor and workers would get free education.
Usman Buzdar said that land of the Labour Department worth 2 billion rupees had been evacuated from the Qabza Mafia.
Similarly, 144 flat of labor and workers in Sheikhupura, Kot Chatha and other areas got vacated from Qabza Mafia as well. He maintained that the minimum wage of the workers in Punjab had been fixed to Rs20,000, adding that the incumbent government, during its two and a half year tenure, had given raise of Rs. 5000 in the minimum wage of labours and workers. He said that free-of-cost medical facilities had been provided to a common man in Social Security Hospitals of Lahore and Muzaffargarh.
Usman Buzdar directed to complete the construction of 720 flats project for the workers and labors at the earliest. He further directed the authorities concerned to take solid measures for curbing child labor.
He said that Social Security Hospitals were being constructed in Taunsa, Sargodha and Faisalabad,
whereas the cardiology department had been established in Khawaja Farid Social Security Hospital in Multan for the labours. As many as 98 percent of payments were made online for Social Security Card. He said that the marriage grant had been increased from one lakh to two lakh. Similarly, the amount under the head of death grant had also been increased from five lakh to six lakh. Free online service was being provided for the registration of factories.
The meeting also reviewed the proposal of setting up of PESSI Medical College and Nursing School.
Secretary Labour gave the detailed briefing of departmental performance and measures taken for providing facilities to the workers.
Provincial Minister Labour Ansar Majeed Nizai, Principal Secretary to CM, Secretary Labour, head of Special Monitoring Unit, and concerned officials were present on this occasion.