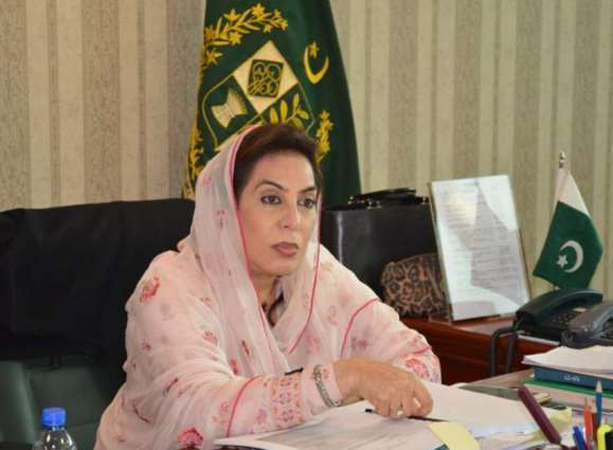 ISLAMABAD: Federal Minister for Inter-Provincial Coordination (IPC) Dr Fehmida Mirza, who is also president of the Pakistan Sports Board (PSB), held meetings with heads of national hockey and taekwondo federations and discussed matters related to National Sports Policy and other sport concerns.
She held separate meetings with Pakistan Hockey Federation (PHF) President Khalid Sajjad Khokar, and Pakistan Taekwondo Federation (PTF) President Wasim Ahmed in the federal capital. In the meeting, the federal minister asked the presidents of the federations to provide input on the salient features of the National Sports Policy.
The minister said the role of all stakeholders, including the federal and provincial governments, national federations, Pakistan Olympic Association, was necessary, and they should play it fairly. Still, the federal government would provide the instructions, she said. “We want to give Pakistan a free and fair policy for our children and the time to come. We have issues like parallel federations and fake clubs, but we are trying to address them through a new national policy,” she said.
In the meeting, sports infrastructure development was also discussed. She said that the government wants to provide a system through National Sports Policy. She said that views of all the stakeholders would be sought in the formation of the National Sports Policy, independent election commission, and dispute resolution committee. In this regard, “a series of meetings have been started with the national federations, after which a meeting with the National Olympic Association will also be held in the coming days,” she said.
“This independent election commission will be formed after consultation with the provinces and national federations. The dispute resolution committee will be able to resolve all internal disputes of the federations and issues regarding selection on merit without any delay.” She said that at the international level, sports begin from the club level. “Talent should be sought from the grassroots level,” she said, adding that the government will provide a system for the registration of clubs.
“The real connection is between the provincial sports associations, the provincial government, and the clubs, and PSB and POA have an observational role. National federations should provide records of their clubs to PSB so that the issue of fake clubs can be resolved. We are also focusing on infrastructure development,” she said. At the provincial level, “we have instructed the provincial governments to provide sports grounds and basic infrastructure at the tehsil level to promote sports culture, which will attract our youth and children to sports,” she said.
She said through this not only will new players emerge but it will also be possible to eradicate various social evils. “In this regard, the district officers would be directed to extend full cooperation to the athletes and sports clubs.” Training for coaches and athletes and talent hunt will also be given priority through the National Sports Policy, she said. “We are also creating an elite pool of athletes, and it is the responsibility of the national federations to inform PSB and IPC about their sports events so that not only they can be assisted at the provincial and district level, but the best performing players can be included in the elite pool,” she said.
In the meeting, the PHF president said the national federations could not function without the government. “The writ of the government should be maintained at all cost, and it should play its role,” he said.
Expressing his views on the Dispute Resolution Committee, he said it would be a better platform for resolving sports issues, and the subject of parallel federations should be resolved. He said that the general body of the federations should be given importance as it elects people.
He suggested that the relevant international sports body’s representation should also be in the election commission. He also conveyed his views on the National Sports Policy, election commission, and dispute resolution committee to the minister. He appreciated the minister’s efforts for the development of sports and said that the root cause of the problems was mistrust and miscommunication.
The minister said that PSB was an independent body, and it can be expected that an independent election commission would be set up through it, as all stakeholders have their representation in PSB, including POA. “We want to introduce new technology to solve the issues of scrutiny of sports clubs. Therefore, the record of all clubs of national federations should also be available with PSB.
She said that the federations would be able to function better through the National Sports Policy, and the opinion of all federations was required in this regard. She directed the PHF and PTF presidents to convey their valuable views in a letter regarding the National Sports Policy. They assured to give their input on the matter and would support the government in sports-related initiatives.