‘Put my name on ECL’: Zulfi Bukhari claims he will not leave the country

* Says he’s going nowhere; Nawaz and Maryam are the ones who want to flee
* Former SAPM claims he left official position of his own free will; was not under any pressure
* Nobody from my family owns even an inch of land near Ring Road: Zulfi Bukhari 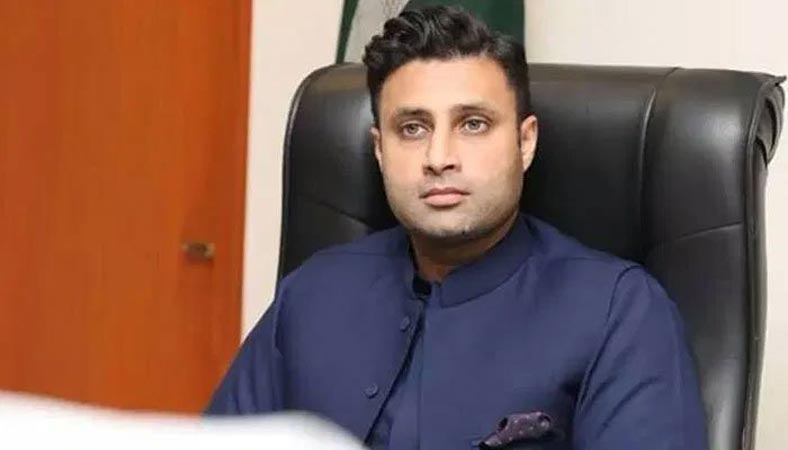 Former special assistant to the prime minister for overseas Pakistanis and human resource development Sayed Zulfiqar Bukhari on Wednesday said that he left his official position of his own free will, and suggested that his name could be added to the Exit Control List (ECL) if someone fears he might leave the country.

Speaking on prime time TV, the former SAPM said had his name not been referenced in the Rawalpindi Ring Road scam inquiry, he would not have tendered his resignation.

“I have not been accused of anything in the report but my name has been irresponsibly referenced in the report,” Zulfi said. “The report mentions the name of Dr Tauqeer Shah, who is my mother’s first cousin. I am the only relative of Dr Shah who works for the government.”

He said that Dr Tauqeer Shah was Shahbaz Sharif’s principal secretary in 2017.

“Dr Tauqeer is entitled to defend himself, but how could the [inquiry commission] link my name with him?” Zulfi questioned. “The one who has referenced my name in the report should bring forth evidence first.”

He said he wants the government to form a judicial commission to probe the R3 scandal and has already requested Prime Minister Imran Khan regarding the matter, adding that it makes no difference to him who would conduct the inquiry.

“According to Shahid Khaqan Abbasi, I will get hold of a briefcase and flee the country. My name could be entered into the Exit Control List (ECL) if someone fears I’d flee. I am not going anywhere. The inquiry should be completed,” he said.

He said that he was first an overseas Pakistan and chose to become a local Pakistani later, adding that Nawaz Sharif, Maryam Nawaz, and Shahbaz Sharif are the ones who want to flee the country, not him.

When questioned about him owning property in Pakistan, Zulfi said that he owns a property development business in England but he or his family does “not even own an inch of property anywhere near the Ring Road.”

Zulfi’s resignation was a fallout of events from last week when the Punjab government removed six mid-career officers over their alleged involvement in the Rawalpindi Ring Road scam.

An inquiry had been held at the highest level in the provincial government after which it emerged that changes had been made to the actual plan of the Rawalpindi Ring Road to create new road infrastructures. These changes, the inquiry determined, were made to benefit some influential personalities. These changes would have increased the cost of the project by Rs25bn, said sources.

Implementation of the plan was stopped on the orders of Prime Minister Imran Khan once he was apprised of the scam. Punjab Chief Secretary Jawwad Rafique Malik shuffled the officers after the Rawalpindi Ring Road scam inquiry was completed.