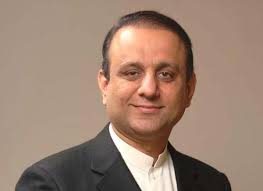 LAHORE: Pakistan has produced bumper wheat production in the history of the country as in 2021 the crop has hit 28.75 million metric tons as per the data till date – May 18, 2021.

Punjab Senior & Food Minister Punjab Abdul Aleem Khan said in an official handout the agrarian reforms, initiated by Prime Minister Imran Khan, have had a positive effect and according to a comparative review of the last 10 years, the wheat crop and production has increased significantly in 2021, which is a good omen for the country.

Mr Khan tweeted that wheat production has increased by five million metric tons this year as compared to previous ones. He said that Punjab will be self-sufficient in wheat this year and “Insha Allah there will be no shortage”. He said that Prime Minister Imran Khan wanted to give the best compensation to the farmers and cultivators for their labor so in spite of all the problems he has increased the official price of wheat to the farmers to Rs 1,800 per 40kg. He mentioned that wheat has been procured across Punjab at the same rates. He said that instructions have been given to secure record production of wheat and for this purpose, the Food Department will fulfill its responsibilities and ensure the safety of all wheat. He said that the present government would not compromise on the supply of basic commodities like wheat, flour, and sugar to the citizens, adding that Prime Minister Imran Khan was taking a personal interest in the matter and protecting the interests of farmers and cultivators. Senior & Food Minister Abdul Aleem Khan said that every farmer deserves praise for the best wheat production in Punjab.