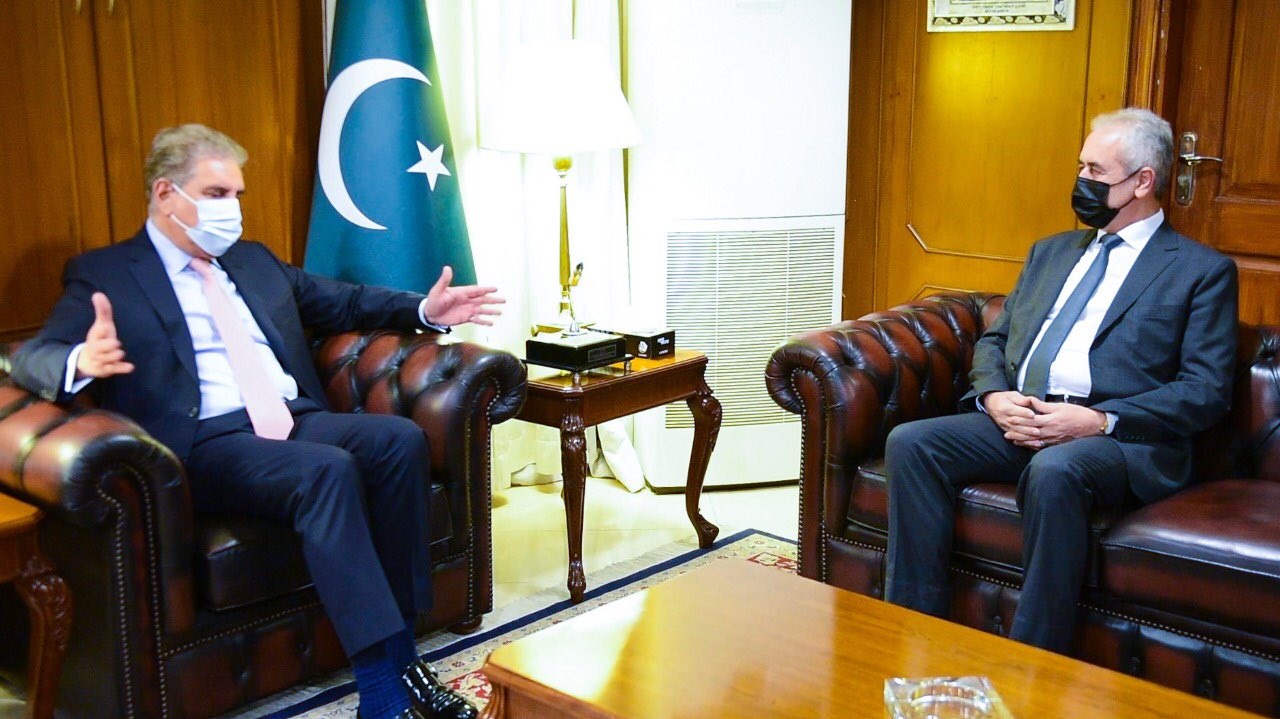 ISLAMABAD – Palestine Ambassador Ahmed Jawad AA Rabaei on Monday expressed gratitude to the government of Pakistan for its unwavering support and steadfast policy on the issue of Palestine.

In a meeting with Minister for Foreign Affairs Shah Mahmood Qureshi, he appreciated Pakistan’s continuous efforts to engage the world community for protecting Palestine. He apprised the foreign minister about the latest situation on ground, which was already dreadful due to COVID-19, and the ensuing humanitarian suffering.

Foreign Minister Qureshi strongly condemned violence by the Israeli forces against innocent worshippers at Al-Aqsa Mosque. Conveying his deepest sorrow and condolences for innocent victims of lethal attacks in Gaza and the West Bank, he categorically condemned Israel’s continuous and indiscriminate attacks. He briefed the ambassador about his outreach to his counterparts in important regional countries.

Parliamentary Committee on Kashmir Chairman Shehryar Khan Afridi called on Ambassador Ahmed Rabaei and expressed full support of the Pakistani nation to the Palestinian nation in these difficult times. He said that Pakistan attached special connection with Palestine and all political parties were one over Palestine. 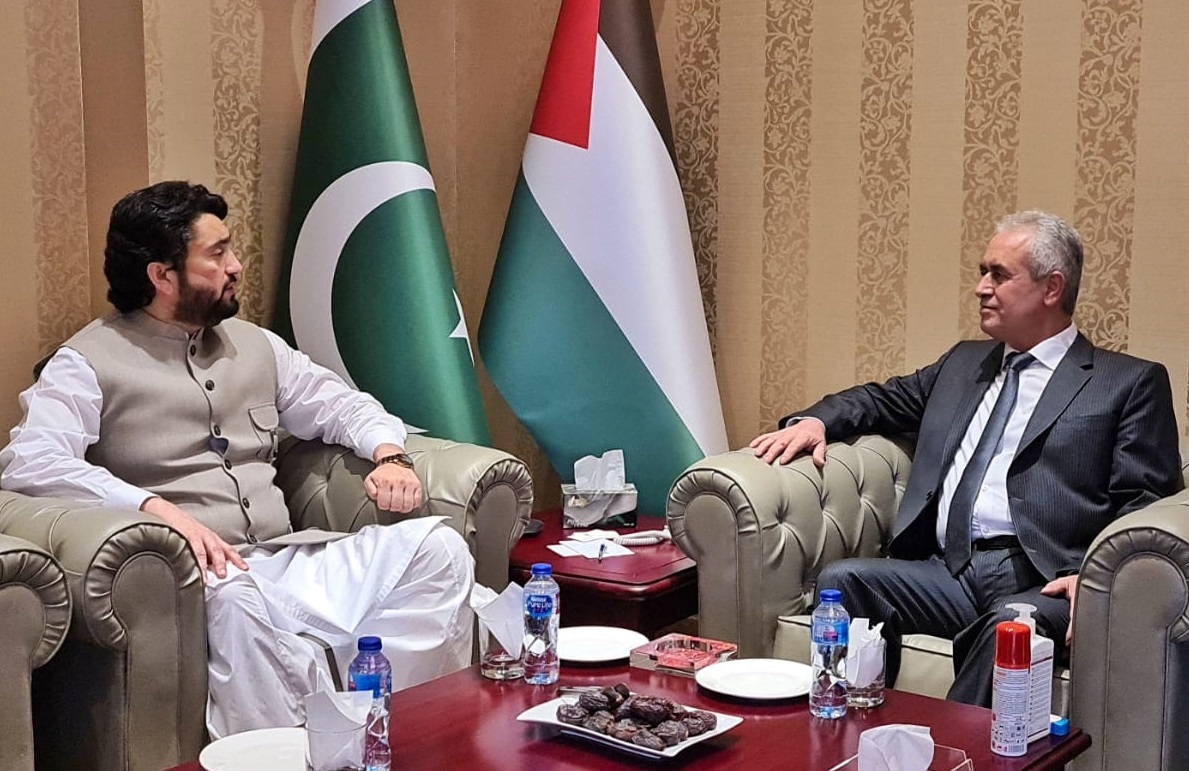 “We have been closely observing developments taking place in Palestine,” he said, adding that champions of human rights were nowhere to be seen over the killings of Palestinians. He said that public in western world was speaking up to free Palestine while their governments were supporting illegal Israel.

Shehryar Afridi urged them to shun the double standards and speak for Palestine who were rightful owners of their lands occupied by Israel. He said that pragmatic approach needs to be adopted by the Muslim Ummah and Israeli atrocities need to be stopped immediately against the people of Palestine. 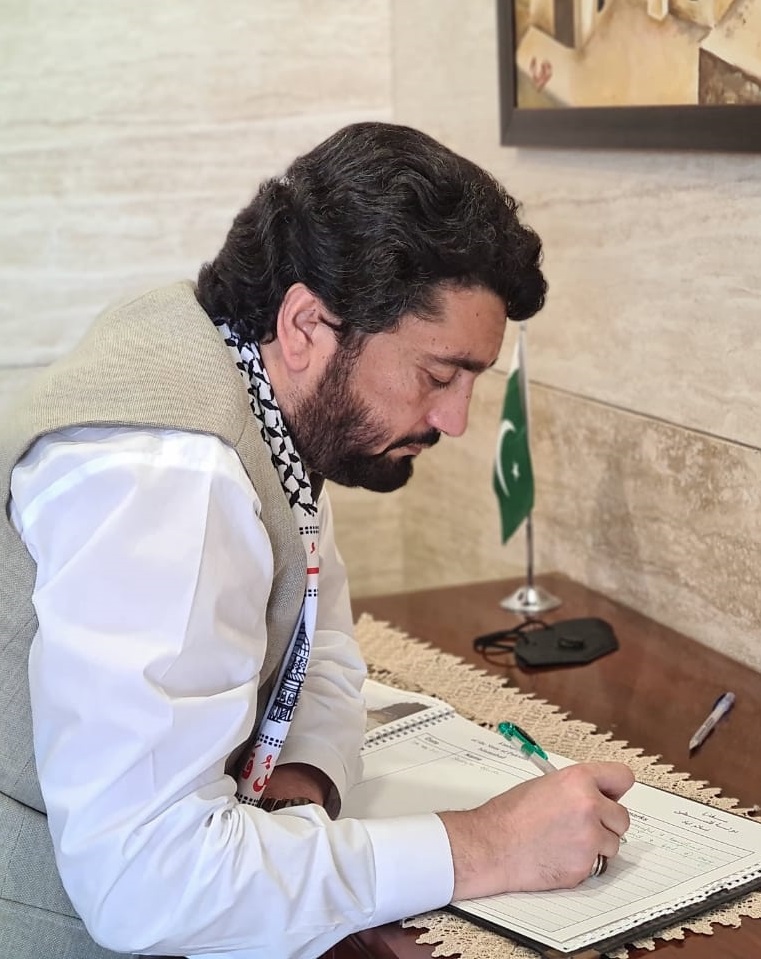 He said that Prime Minister Imran Khan has taken steps to bridge misunderstandings between the Gulf countries. He said that Pakistan stands right behind Palestinians and it would keep raising its voice for the cause of Palestine. Ambassador Rabie expressed gratitude to Prime Minister Imran Khan and entire Pakistani nation for supporting Palestinians.

He said that the Palestinians were very pleased with Prime Minister Imran Khan over his diplomatic overtures to support Palestine. “We have strong resolve to defend our land and our people.” He said that Imran Khan speaks from his heart on Palestine issue. He said that Pakistan and Palestine have deep-rooted ties since decades.