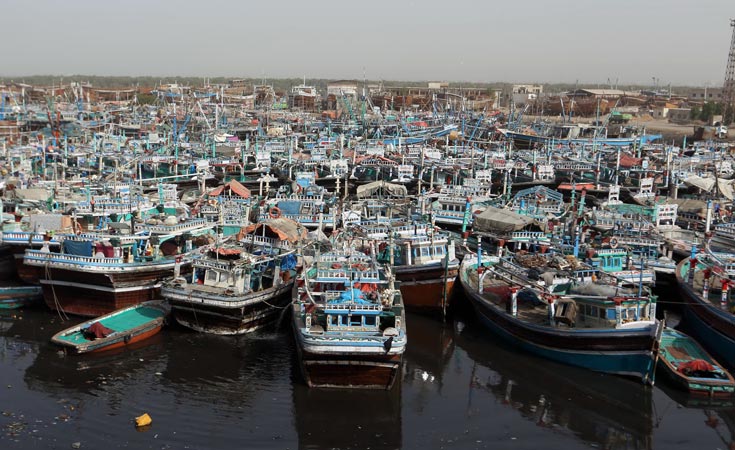 Pakistan Meteorological Department (PMD) has confirmed that cyclone Tauktae will not make landfall on the coastal belt of the country.

According to the Met Office Spokesperson Sardar Sarfraz, the cyclone will pass by without touching the coastal belt of the country. He, however, said the cyclone will have an impact in the form of rains with strong winds in the districts of Thatta, Tharparkar, Badin, Mirpur Khas and Umer Kot. He said the rains will be of moderate level.

Sarfraz said that dusty winds are currently blowing in Karachi and the temperature of the city is also likely to go up due to the cyclonic activity in the Arabian Sea.

The authority said in its advisory, “Severe Cyclonic Storm Tauktae intensified into a very severe cyclonic storm (VSCS), [and] moved further north-westward at a speed of 15 kilometres during the last 12 hours.” The PMD said that the cyclone is currently at a distance of about 1,210 km south-southeast of Karachi.

“[In view of the] prevailing environmental and meteorological conditions, dust/thunderstorm-rain with few moderate to heavy falls with gusty winds of 60-80 Kmph are likely to occur in Thatta, Sujawal, Badin, Tharparkar, Mirpurkhas, Umerkot & Sanghar districts during 17- 19 May 2021.”

“The system is likely to move further north-westward and reach Indian Gujarat by 18th May morning,'” it said in an advisory.

According to the authority, Karachi, Hyderabad and Nawabshah districts [are] likely to experience hot to very hot weather with gusty winds, blowing dust during the next two days.

“Sea conditions will remain rough to very rough and fishermen are advised not to venture in the sea till 19 May 2021,” it maintained.

The cyclone’s name ‘Tauktae’ pronounced as TauTe, given by Myanmar. It is a Burmese language word and it means a lizard.