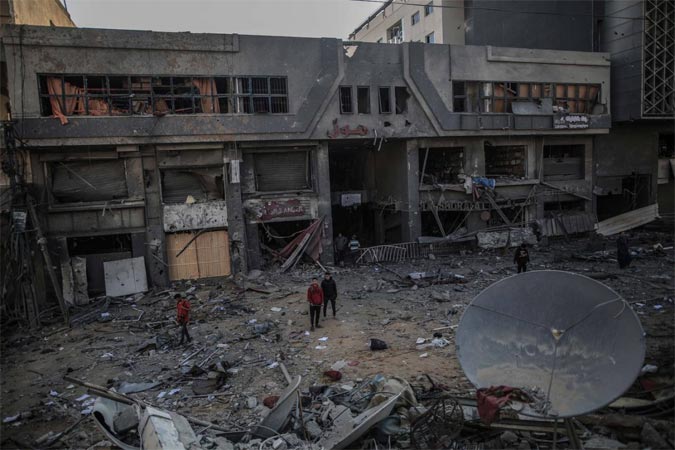 World leaders should use “maximum influence” to stop the spiralling conflict between Israel and the Palestinians, the ICRC said on Sunday ahead of a UN Security Council meeting on the violence. “The populations in Gaza and Israel are facing the most intense cycle of hostilities in years,” the Geneva-based International Committee of the Red Cross said in a statement. “Ahead of the United Nations Security Council meeting on Sunday, the ICRC calls on the concerned leaders to exert maximum influence to stop the hostilities between Gaza and Israel,” it said. “The intensity of the conflict is something we have not seen before, with non-stop airstrikes in densely populated Gaza and rockets reaching big cities in Israel. As a result, children are dying on both sides,” said Robert Mardini, ICRC director general. “For people in Gaza, access to hospitals and other vital infrastructure has become very complicated because of the incessant airstrikes and major damage to roads and buildings.”