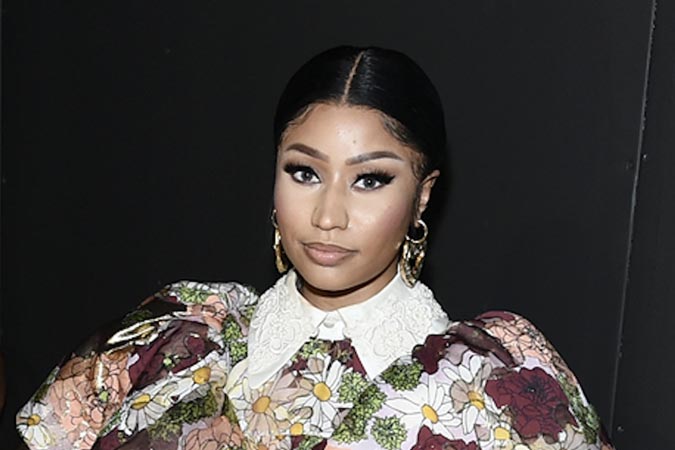 Nicki Minaj shared her grief with fans in a post about the passing of her father, Robert Maraj. In a blog post on her website, the “Monster” rapper, who last year welcomed her first child with her husband Kenneth Petty, wrote about how she is spending her free time outside of recording her new album and working on her upcoming documentary series on HBO Max. She also took a moment to acknowledge her public silence on the death of her dad, who was killed in a hit-and-run accident at age 70 in February.

“Tho I can’t really bring myself to discuss the passing of my father as yet; I can say it has been the most devastating loss of my life,” the artist wrote. “I find myself wanting to call him all the time. More so now that he’s gone. Life is funny that way. May his soul rest in paradise. He was very loved & will be very missed.”

In the same note, Nicki took a moment to acknowledge hip hop icon DMX, who died at age 50 in April following a heart attack. “The passing of DMX hit me like a ton of bricks,” she wrote. “Losing him felt like losing someone I grew up with. I adored him. Blessings to his family.”

Through the grief, Nicki has still been able to find joy in her life. In her latest post, the Grammy nominee raved about the Netflix series The Crown and the Oscar-winning Viola Davis film Ma Rainey’s Black Bottom.

‘Tho I can’t really bring myself to discuss the passing of my father as yet; I can say it has been the most devastating loss of my life,’ the artist wrote

She also shared a glimpse into her motherhood experience with her infant son. Though she and Kenneth have not yet publicly revealed the name of their little one, they have affectionately nicknamed him Papa Bear. Nicki first shared full photos of her baby in January.

“I’ve also been completely overwhelmed with joy & fulfilment in the world of Papa Bear. Each day creates a new & fascinating, magical memory that I hide far away into a little cute compartment of my heart; vowing never to forget any of it,” she wrote of her motherhood journey thus far. “Like. He’s just a cute liddo marshmallow. I can’t take it. His favourite movie is Madagascar won’t stop watching it. LOL. He’s so smart, funny, sweet, competitive… it’s kind of crazy how they have a full personality so early on. Yesterday I made him say mama. Even got it on video. Just… Wow.”

The new mom concluded her post with, “Time to make more history together, my loves.”

Nicki is also revisiting some history-making music. On May 14, the rapper released her 2009 mixtape, Beam Me Up Scotty, on streaming platforms for the first time. In the process, she added three new tracks to the mixtape: “Seeing Green,” “Fractions,” and “Crocodile Teeth.”

While Nicki may not be ready to speak about her father’s death at length, she’s thinking of him always.