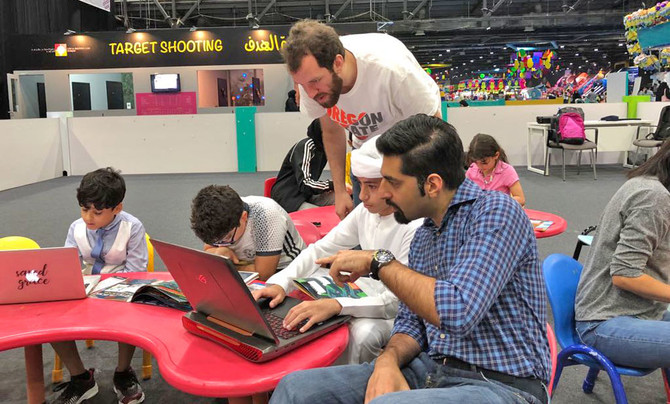 He said that Pakistan and Saudi Arabia have historically been like family to one another and education can be the common thread to stitch them closer. “Both countries have immense knowledge pools and research-driven institutions,” he said.

He said that sharing of knowledge and formation of cross-border public-private partnerships can help implement modernization across both nations in terms of bringing 21st-century quantum leaps in their respective ways of being.

Farooqui has become the first-ever educationist in the kingdom to invest in the private education system in Pakistan. His company Coded Minds Pakistan is set to provide STEM education to about six million students across the country. The current visit of Prime Minister Imran Khan to Saudi Arabia has opened new opportunities between the two countries.

“Pakistan has huge potential in all aspects of its business sector, but it remains an untapped market. It needs a first mover to take a chance on it, and education is one such sector, that through policy influence, can become a catalyst of change for a nation,” he said, adding that he is among the most fortunate people that are living examples of the strong bonds between the two countries.

“That’s why, I truly believe that education should always have been beyond boundaries by design, and it is something we practice every day on our platform.” While noting the new avatar of the kingdom and its growing relations with Pakistan, Omar Farooqui said that the world has no choice but to take notice of the remarkable changes.

He said that the kingdom has a young population that is by nature entrepreneurial and needs a platform to speak. “Pakistan is the fifth largest country in the world and by nature selection relies on its human capital and large diaspora spread across the world that are willing and able to come back,” he said.

“Both in a way are intertwined in a revolution of sorts. Pakistani-Saudi brotherhood is a strategic wall that is crucial to the future of world trade,” he said, adding that Pakistan’s human capital and Saudi Arabia’s black gold might be combined and can have far-reaching consequences. “Pakistan can be a testing ground for significant breakthroughs in new-age technology as it becomes a marketplace of talent to tap into,” he said.